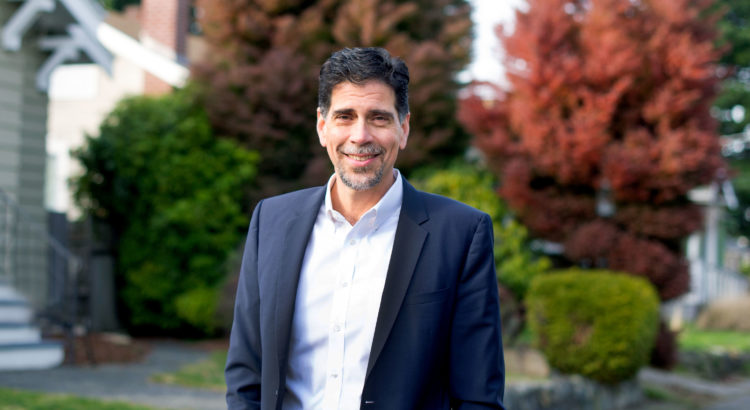 A Fremont-based doctor has just joined the race for Seattle City Council.

The son of an Iranian immigrant, Fathi was raised by his single mother in Seattle. He now has two sons attending Ballard High and Hamilton Middle School, where he coaches the boys’ basketball team.

Fathi attended medical school at the University of Washington, and then spent 12 years working at the NeighborCare Health 45th Street Community Clinic for low income and underserved patients. He then went on to Swedish Medical Center, and spent five years building programs under Obamacare. He currently teaches at the UW School of Medicine.

In a statement announcing his candidacy, Fathi has said he will focus on “solutions to homelessness and addiction, early learning and schools, as well as neighborhood priorities.”“

“Today, Seattle faces an urgent public health crisis on our streets. I’ll bring a needed set of skills to address the complex homelessness, addiction, and mental health needs of thousands who need and deserve shelter, care and services,” Fathi said.

On why he’s running, Fathi said this: “There is clearly a frustration in our neighborhoods, small businesses, and families about a lack of progress on critical issues—from citywide issues like homelessness and traffic to basic local needs in our parks and playgrounds, streets and schools.

“I’ve spent my career working with people from all walks of life to solve problems with compassion and care. I’ve built programs and partnerships to help improve the lives and health of our communities. I’ve worked as an educator and volunteer to put my values into action. On the City Council I’ll put this experience to work every day for the people of District 6, and all of Seattle.”

Fathi has said he won’t be accepting corporate contributions — rather, he’s participating in the city’s democracy voucher program, and is, “committing to grassroots donations and campaigning”.

To learn more about Fathi and his campaign, visit his website: JayforSeattle.com.