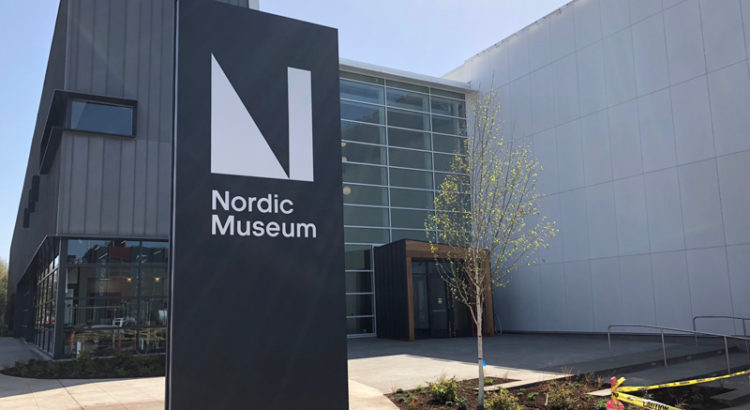 The U.S. Senate has just passed a bill to give the Nordic Museum a national designation.

The bill, driven by U.S. Senator Maria Cantwell, will designate the museum as the National Nordic Museum. The legislation is part of the Natural Resources Management Act, a broad package legislation of 110 total bills.

Front and center of the legislation is the permanent authorization of the Land and Water Conservation Fund. Additionally, there’s legislation for Yakima River Basin restoration, new technology for fighting wildfires through the use of drones and GPS, improving volcano monitoring systems, and designating 1.5 million acres of land along I-90 from Ellensburg to Seattle as the Pacific Northwest’s first National Heritage Area.

The Nordic’s designation is to recognize the museum’s work to preserve and educate the public about Nordic history, culture, and art. It’s the only museum in the U.S. that’s solely focused on Nordic immigrants from Denmark, Finland, Iceland, Norway, and Sweden.

“The Nordic Museum is a capstone of a long story about Nordic heritage in Seattle,” Senator Cantwell said in a statement. “Establishing the National Nordic Museum will help support local tourism and drive economic development as well as help further preserve our region’s Nordic history, and maritime and fishing heritage.”

Eric Nelson, CEO of the Nordic, says the designation, “acknowledges the hard work and investment that the local community has made in creating a world-class museum.” He also said it will be a big boost for tourism in Ballard, will help the museum generate support from the private sector, and will “stimulate economic and cultural bonds between the Nordic region and Washington State, and indeed the entire country.”

The bill will now move to the U.S. House of Representatives, where it is expected to pass quickly.

Thanks to Peggy for the tip!