A number of transient orcas have been making their way around the Puget Sound over the past few days, with a pod spotted between Bainbridge and Shilshole Marina on March 23.

Orca Network volunteer Sue Larkin took the below photos of the T137 pod off Bainbridge at noon on Saturday. 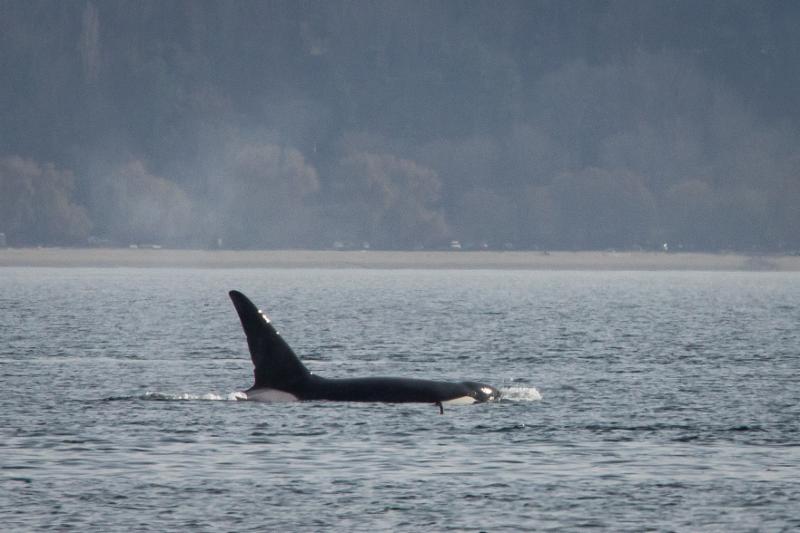 According to Orca Network, the transients consist of two families — the T46s and T137s — who have been in Puget Sound, “on an extended stay socializing, feeding on marine mammals, traveling, and just being their orca selves.”

They were first spotted in the south sound on March 18 and made their way north. On the 20th, whale watchers took some incredible photos of the whales as they hunted and played just off-shore. Up to 15 Bigg’s transients have also been spotted.

There’s plenty of whale activity out there at the moment — to stay updated, you may want to follow Orca Network on Facebook. They remind whale watchers to stay at least 200 yards from whales at all times.

Oh, just great! Those transient orcas are probably going to be pitching tents under the docks any day now! Then we’ll never get rid of them!

They leave their needles on my beach.

Next they will be telling us half of the seagulls are transients.
Damn gulls, move back to Victoria, BC where they still pour untreated sewage into the Straits!

They were good whales, they didn’t do anything.

Great, now we have trivialized the word “transient”. Illegal is another word that means little today as well.

Sorry you were triggered bro.

Probably all that lead paint he ate as a kid.

As if to prove his point, here comes the ironically named “Truth” with zher little passive aggressive snarks…

Rumor has it the orcas are working for Putin.