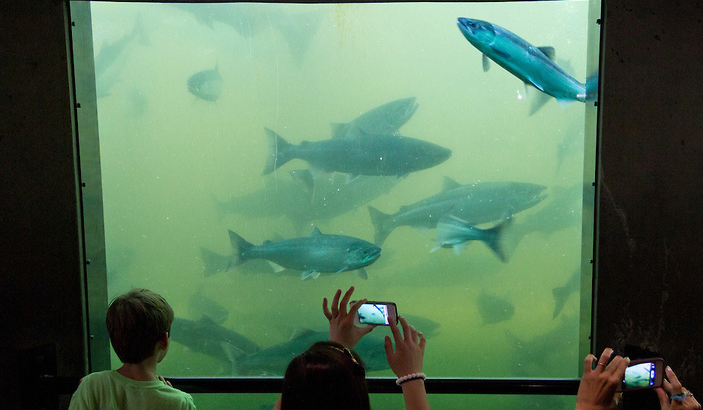 The work being done to the fish ladder is taking longer than expected, but it should reopen by April.

The U.S. Army Corps of Engineers has been working on upgrading the fish ladder instrumentation and sensors, which help prevent possible disruptions during the salmon migration.

According to the Army Corps, a computerized control system monitors several key parameters, including pool, diffuser well and tide elevations, adjusting valve gates and weirs for optimal conditions. Those systems are critical to keep the fish ladder operating correctly.

“We apologize for the inconvenience but it’s great to get these things done before the salmon are here!” they write on Facebook.

The restroom next to the fish ladder is still closed, bu the ramp and above-ground plaza remain open.