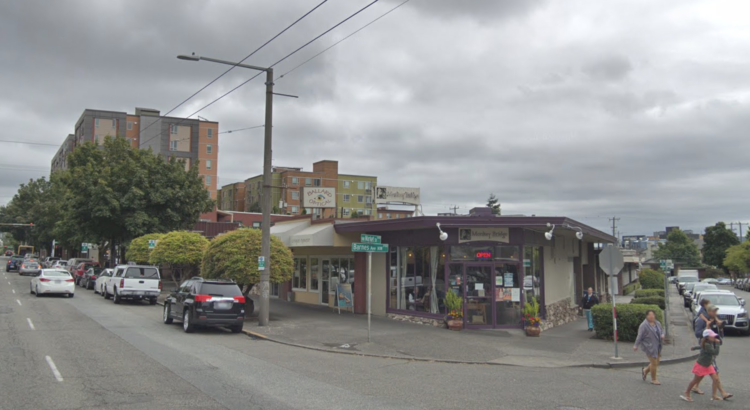 Plans are in the works to redevelop almost an entire block in downtown Ballard into a 181-unit apartment building.

According to the Seattle DJC, a plan has been submitted to redevelop five parcels at 1723 NW Market St, which would include Monkey Bridge and Ballard Optical and extend southeast down Barnes Ave NW.

Business along that stretch include Ballard Speech and Hearing Center, plus several medical offices across from Swedish Hospital. The proposal does not, however, include the Ballard Mini-Pod parcel owned by Jay Dodson, who told My Ballard he’s unwilling to sell.

Northlake Capital & Developments, who submitted the proposal, owns one property, and the three other property owners are willing to sell or partner in the venture, according to the DJC.

The site totals 28,085 sq. ft., and has split zoning for a building up to 85 and 65 feet. The above drawing shows the scope of the plans, which would take over much of the NW Barnes Street block adjacent to Market St.

The proposal is still in the early stages, but we’ll update once the developer submits more information.