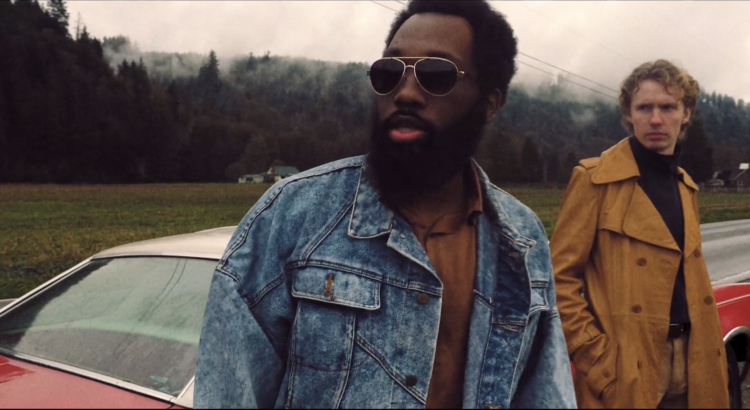 The students from Ballard High’s filmmaking program have walked away with six awards from last weekend’s Northwest Emmy Awards.

Matt Lawrence, who leads the filmmaking program, tells My Ballard that BHS students led the pack of winners for the fifth year in a row, winning five of the six categories in which they had been nominated.

The award for Best Music Video went to More Than I Said, by Grace Stromatt, Freeman Marshall, and Elliott Russell.

Best Audio/Sound went to Ethan Hawthorne-Dallas for Doubts, and Best Photographer/Editor went to Dani Edwards and Emma Inge for their work on Check.

For Best Writer, there was a tie between two Ballard productions: the winners were Liam Bonds for Stay, and Liv D’Arche, Brendan Hickey, Ben Murphy, and Talin Phillips for Blood Cargo.

To see the students’ films in person, there will be a Ballard Film Festival coming up this weekend — Saturday, June 15th at the BHS Auditorium. Tickets are $5 for students and $10 for adults, with all proceeds benefitting the film program.

Headline should be more clear that these aren’t real Emmy’s, they are local Emmy’s.

So? This is still a pretty big deal for HS students. I expect in a decade or so, we might see one of them directing a major Hollywood production. Go Ballard!

It may (or may not) be big deal, but it’s clearly misleading. Words matter, which is how Trump gets away with saying “No Collusion, Total Exoneration!” I guess this is the norm for a post-fact America.

Not surprised that this forum only focuses on “Hollywood” as if the only movies that matter are made here. A lot of really good things are being made in Mexico, France and India for example. Try branching out!

The last movie I watched was the Seventh Seal. Foreign enough for you?

Too bad you don’t think kids from BHS should be stuck making Hollywood movies only.

Too bad you don’t think.

Are you eve able to read? The article clearly reads “Northwest Emmy Awards”, in the first sentence. Too bad you never learned reading comprehension, your high school clearly failed you.

So proud of our BHS students. They have been killing it across the board!

This is amazing. The fact that these students are competing for awards (and winning a majority of them) with student filmmakers from five states is very impressive. I definitely recommend anyone interested in the BHS Digital Film Program come to the Film Festival this weekend.

Where are these films screening?

“To see the students’ films in person, there will be a Ballard Film Festival coming up this weekend — Saturday, June 15th at the BHS Auditorium. Tickets are $5 for students and $10 for adults, with all proceeds benefitting the film program.”

Geeky Swedes, it’s time to ban this poster. All they do is launch personal attacks against other posters, even for just asking questions about how to see local high school productions.

Why do you hate freedom?

This is a moderated forum. Feel free to go yell your ideas down at 3rd and Pike.

Look at all this privilege and toxic masculinity! How dare you tell someone where to yell!

Some people are so narcissistic they feel the need to control all debate (much like Trump). From what I’ve seen of you I knew that was an idle threat.

I will not be responding to you again. You are obnoxious and get your thrills off these petty games.

I’m glad I annoy you, now you know how the rest of us feel about you and your buddy Censorship Hag’s obnoxious trolling.

Keep me out of this.
Elenchos is pretty good but nobody on MB possesses my intellectual heft except maybe Freja’s invisible dragon.