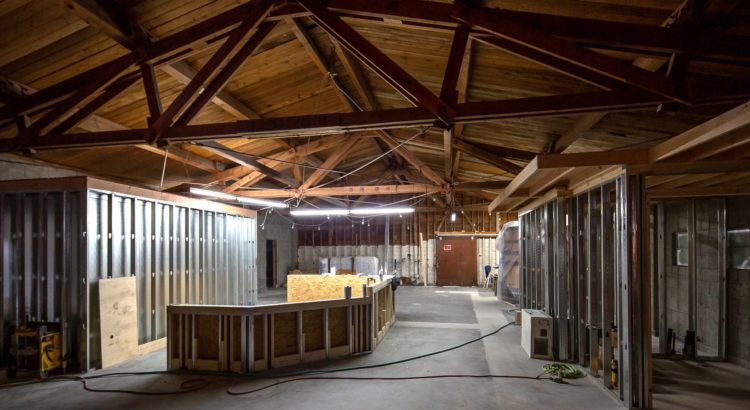 The latest brewery to open in Ballard is nearing completion — Fair Isle Brewing is set to open later this summer.

Fair Isle’s farmhouse and “wild” beers will be a unique addition to the Ballard brewery scene. They’ll be specializing in mixed-culture brews, with an emphasis on flavor profiles that will inspire food-pairings with a rotating cast of pop-up restaurants.

Fair Isle is at the hiring stage: they’re currently looking for an assistant brewer and taproom manager. They haven’t announced an opening date, but are aiming for late summer. We’ll keep you updated.

Love it. Ballard continues to flourish!
Its funny that they are intentionally planning to not make an IPA – good to have a bit of variety, and a need to distinguish themselves in a fairly saturated market!

So excited to have them and Urban Family joining the party.

Hilliard’s for the longest time was of the opinion “Everyone and their dog makes an IPA. Instead of competing in a saturated market, let’s spend our effort making really good versions of the other varieties.” It worked well for them.

Although ironically, close to when they got bought out by Odin, they released their Boombox IPA.

I love the concept of the rotating pop-up restaurants. I’m looking forward to the opening.

Here I go again criticizing the local brewery industry… “farmhouse” and “wild” are adjectives that mean poor quality control. The term “wild” specifically means an outside/uncontrolled yeast strain has gotten into the batch, usually due to exposure to air or dirty equipment.
Previous local brewery offerings have used the words “cloudy” or “sour”- which are also signal words that indicate low-skill brewed products.

Some of the hardest beers to produce are sour and wild ales. They are also some of the most unique and tasty beers. Keep drinking your Bud Light.

Best beers in the world AREN’T PacNW IPAs and the other assorted try-hard ales etc. Sorry. Beer was perfected hundreds of years ago, and they don’t have to overuse the precious, dwindling hops to do it.

Here I go again criticizing the local brewery industry… “farmhouse” and “wild” are adjectives that mean poor quality control. The term “wild” specifically means an outside/uncontrolled yeast strain has gotten into the batch, usually due to exposure to air or dirty equipment.

Thanks for demonstrating your complete lack of brewing knowledge. 👍

I’m looking forward to having more farmhouse and wild ales nearby, and with the Jester King Brewery connection, they should be good. Cheers!