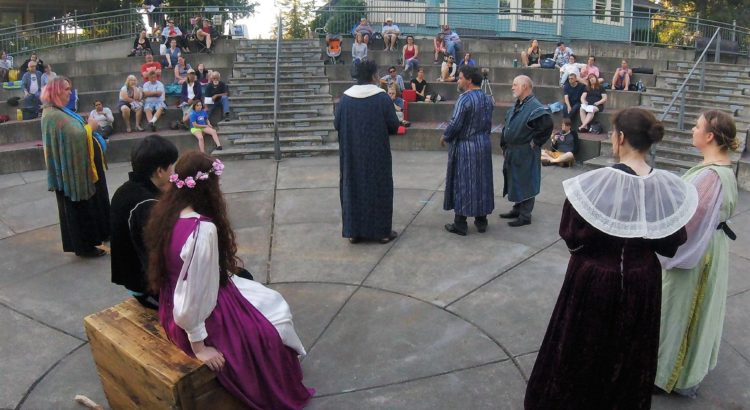 Shakespeare is returning to Ballard: this weekend, a local performance group is putting on a modern take of Shakespeare’s Measure for Measure.

The Primrose Players will put on the free, outdoor play at Salmon Bay Park on Saturday, June 22nd at 6pm.

“The tempter or the tempted, who sins most? The price tag on morality is steep at times,” the event info reads.

“The Duke, finding himself unable to exercise the law to its capacity and suffering a crisis of faith, leaves Vienna in the hands of his dogmatic, ruthless deputy. In his quest to clean up the city and reinstitute a moral code, he arrests a young man for a common crime; the man’s sister, about to enter the convent, goes before the deputy to plead for his life. Morality is tempted, challenged and subverted.”

The play is under the direction of Sofia Rybin.

“Don’t miss this year’s production of a timely play that points the finger at the powerful and reflects on the corrupting nature of power itself.”

Primrose will take the play on a tour of Seattle for the coming weeks — for the full schedule, click here.

Photo: Primrose’s production of The Tempest in 2018

This sounds pretty good. Might have to pencil it in on my calendar.