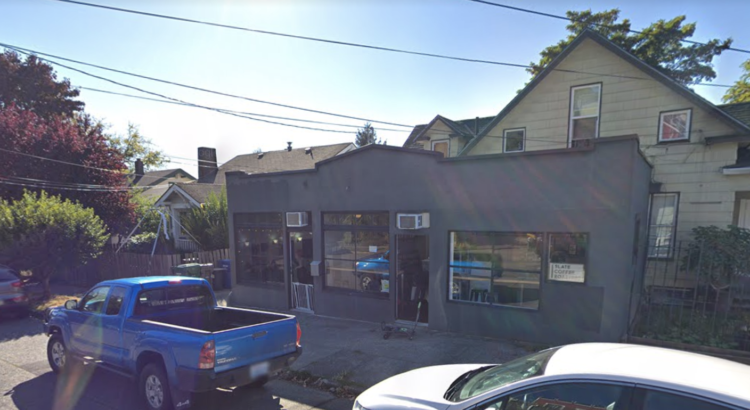 Baristas at the Slate Coffee in Ballard have publicly staged a walkout, saying they’ve experienced missing and late paychecks, poor communication from upper management, and a “hostile” work environment.

Many of the workers printed out their letters of resignation and taped them to the window of the cafe at 5413 6th Ave NW.

“I walk out today and stand in solidarity with the former employees who have still not received their wages, for those who have received late paychecks, and for those who have experienced various forms of discrimination within this company,” Rachel Hopke writes in her resignation.

Another barista, Igor Kudzelka, referenced similar conditions in his letter.

“I greatly enjoyed working with my fellow baristas,” Igor writes. “However, continued lack of communication; unreasonable, aggressive, and disrespectful behavior from the management; and consistently late pay has led to this decision.”

Cafe manager Samantha Capell wrote that she felt unable to properly advocate for her staff: “I feel I no longer have the footing to stand as a barrier between my staff and those who take no interest in their wellbeing.”

The Slate workers have created a group, Coffee At Large, to represent a movement to support baristas. “Our current plan moving forward is to uplift and raise awareness by sharing your stories,” they write on Instagram.

Slate, which opened eight years ago, now has four locations in Seattle: Ballard, the U-District, and two shops downtown.

My Ballard reached out to Slate management for comment, and they have yet to respond — we’ll update if they do so.

Nice! Seize the means of production!

this isn’t news. don’t like where you work,get another job. hardly “inspiring”.

Boo, hiss! You have no care for worker’s rights, and think employers should be able to treat people badly because they can just go elsewhere? Shame on you. Where is your decency? Your empathy? Why don’t you go back to Bellevue, where rich people can do anything they want? We don’t want your kind here. We only want KIND here.

Using your logic… don’t like how people operate here in Seattle, find another place to live.