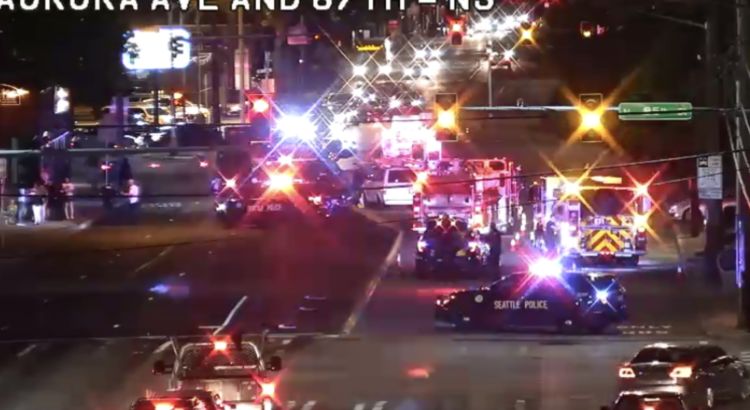 A 56-year-old woman was struck and killed by a man driving a minivan last night at NW 85th St and Aurora Ave N.

Detectives are still investigating, but according to Seattle Police, the woman was crossing Aurora at about 9:20pm when a 41-year-old man in a Chevrolet Astro van traveling southbound hit the woman at midblock.

The woman, who was pinned under the vehicle, died at the scene.

Officers who interviewed the driver say the man had no signs of impairment.

Both directions of Aurora were closed during the investigation, but have since reopened.

How awful.
Awful that someone died unexpectedly, that those who knew her lost a friend or loved one, and that the man who killed her has to live with that on his conscious forever.

No point in theorizing the specifics of what happened, but humans will continue to make poor choices. While we can’t be careless with the implementation, the sooner that safe and reliable autonomous vehicles are developed, the better!

If you use a cross walk and the walk light and look both ways before you cross you will most likely make it across the street without being hit by a vehicle ! Look before you leap !