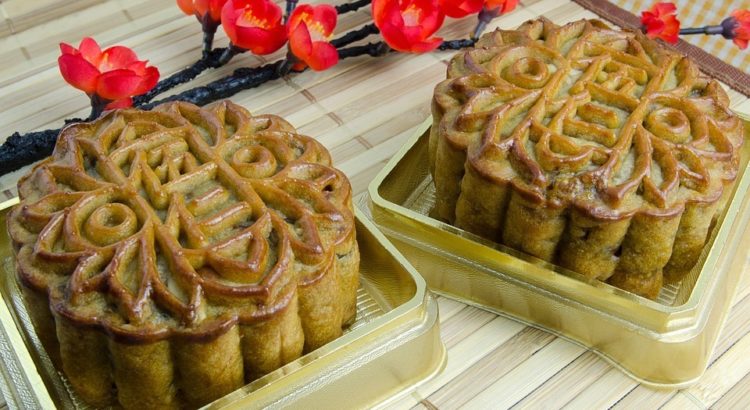 The festival, happening Saturday, September 7th, is an annual harvest celebration that falls on the 15th day of the 8th month of the lunar calendar, which also coincides with a full moon.*

“Every year there were only two Chinese holidays my grandmother would ask the family to all be together: Chinese New Year and the Mid-Autumn Festival,” Raymond Kwan, co-founder of Lucky Envelope says. The festival is meant to bring family and friends together and give thanks for the harvest and wish for good fortune.

Along with autumnal festivities, the brewery will also be releasing a modified version of their Mijiaya Historic Chinese Beer. “This version is fermented with brettanomyces and lactobacillus to add a more historically accurate flavor profile,” co-founder and brewmaster Barry Chan says. They’ll also release a Lychee Black Tea Hazy IPA and a specially infused autumn version of the Double Happiness Barrel-Aged Imperial Porter.

The festivities will start at noon on Saturday, and those who arrive early will receiver a celebratory lucky envelope with special coupons. The BeanFish food truck will be at the brewery from 3pm to 7pm.

*This year, the actual festival lands on Friday, September 13th, but the brewery moved the celebration up a week due to previous commitments.

Those cakes look good though.