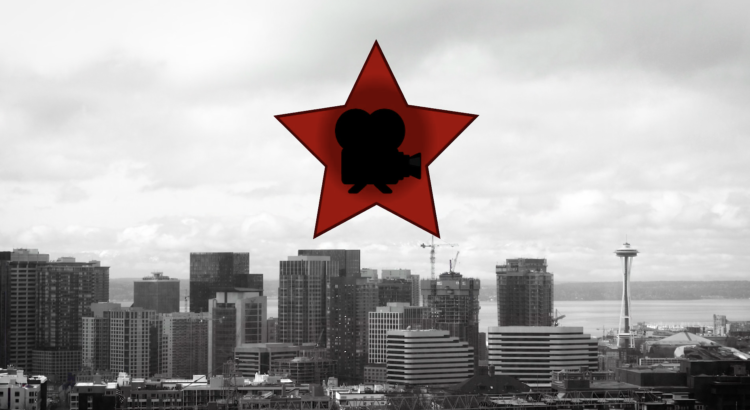 Lawrence started the film program in 2001, and during his 18-year tenure, his students won over 700 awards from regional, national, and international film festivals.

“It takes broad shoulders to helm a program, so after 18 years I need to step down,” Lawrence told the Ballard Talisman.

Taking the helm is Steven Bradford, a local filmmaker and educator from the Seattle Film Institute. He has a background in television, web-based content, 3D films and corporate videos, and was also former director of the School of Film and Visual Effects at Collins College in Phoenix.

Bradford’s been familiar with the BHS film program for awhile: “As a judge at the Northwest High School Film Fest, I’ve seen the high level of Ballard’s films,” Bradford said. “It’s not just a media literacy program or an after-school club or a school TV announcements channel — it’s a serious film program.”

Bradford has a BA in Cinema and TV Production from the University of Southern California, and an MFA in Film Producing from the Seattle Film Institute. “This program is really preparing kids to work in this field,” he said.

As he transitions into the new role, Bradford said he’ll follow the same curriculum established by Lawrence — students will make a public service announcement, a short visual story, and a music video. He also plans to introduce an animation project, and eventually wants to explore virtual reality and 3D filmmaking with students.

“My job is pointing them in the right direction and helping them produce their ideas, rather than telling them what they should do,” Bradford said.

“Being at Ballard reminds me of my USC experience. I don’t have to light a fire to get [the students] going; you have to reign them in. I’m so impressed with the level of work they want to do.”