Equal Exchange to open softly on Nov. 18 – My Ballard Skip to main content 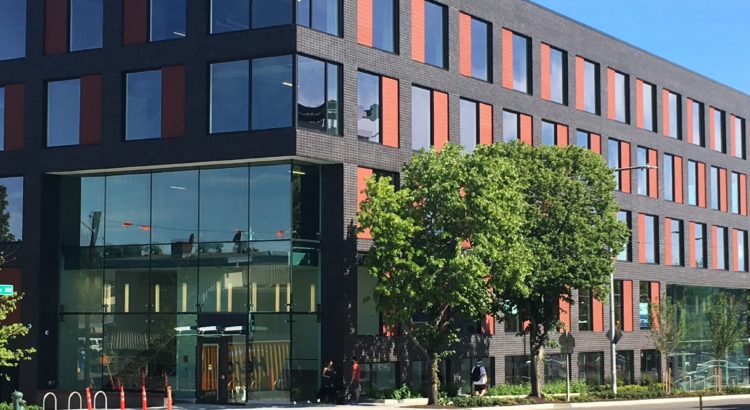 Update: Cafe manager and co-owner Alison Booth Gribas has informed My Ballard that due to construction issues, they will be delaying their opening until Monday, Nov. 18.

Original: Equal Exchange Coffee is making its Ballard comeback, opening this weekend in the new building on the corner of 15th and Market.

Equal Exchange closed their Ballard Market location in January of 2017 for the grocery store’s renovations. Now, they’re being re-birthed in a shiny new building next to Target.

They’ll have their usual fair trade coffee, plus some hot food items, such as biscuits and gravy and Patty Pan burritos. They’ll even have some treats from Mighty O’s, according to the Shoreline Equal Exchange lead barista Jesse Fong. There will be seating for around 40 customers.

Starting on the Sunday the 10th, they’ll be open with reduced hours of 8am to 2pm. Then, on the 18th, they’ll host a grand opening and will be open 6am to 6pm from then on, seven days a week.

Welcome back guys. I wish you the best! Now, get ready and used to all those experts that really know just how to run YOUR business. Sawant, she’s an expert. Just ask her. Smart as a box of rocks too.

An article on the reopening of a local coffee shop and you just couldn’t help inserting your political rant, could you?

how much is a cup of drip?? I will decide if its a “equal exchange”