WeWork to open on Dec. 2 in Ballard – My Ballard Skip to main content 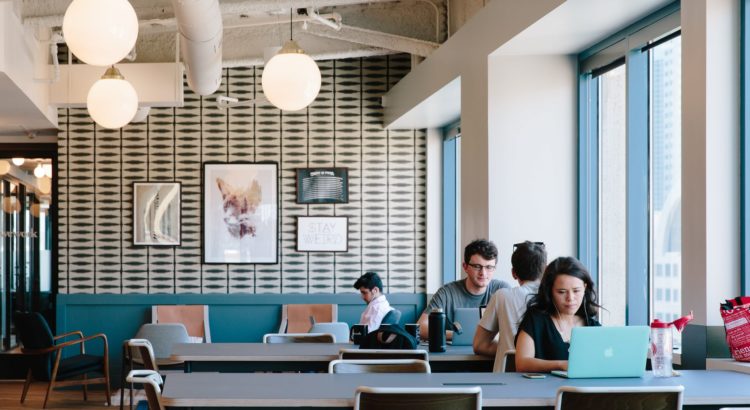 The co-working office space company WeWork has announced they’ll be opening on Dec. 2 in the new building on the corner of 15th and Market.

WeWork at 1448 NW Market St has private offices, conference rooms, and lounges for rent spread over two floors of the 5-story building, with 1,500 total desks available for individuals or companies.

It’s a pretty cushy work environment, with on-site staff offering support throughout the week, a regular cleaning service, soundproof phone booths, a constant flow of coffee, and even fruit-infused water for renters.

The Ballard location is one of many WeWork spaces in Seattle, and one of several new openings in the city. However, the company dropped its previously planned Belltown location last month after some turmoil in the company, GeekWire reports. The Belltown project was supposed to be developed with Martin Selig Real Estate, the same company that’s behind the new 15th and Market building.

WeWork is one of the final openings in the new 200,000-square-foot building — Polyclinic opened on Nov. 4th, Target opened on the 10th, and Equal Exchange will be up and running on Monday the 18th.

Will they have parking? Oh, yeah. People that work at WeWork don’t have cars.

Might want to do a little research on those soundproof phone booths.

You mean how the founder and (now ex-) CEO used WeWork as a personal bank account to fleece investors?

How most of the shady crap he pulled would land most people in jail for life, but because of various loopholes, he instead walked away from his dumpster fire with $1.7 billion?

After forcing out Neumann, Softbank had to write off over $9 billion in losses solely due to WeWork They are also about to layoff 4,000 workers, which is over 25% of their workforce.

I can only wonder how they are still able to open up shop in one of the higher rent areas in the country.

NYT had an article about how they are signing leases in places that are really dumpy (full of vagrants, needles, feces, etc) in order to cut costs.

So just about anywhere in Seattle fits their business model.

Yeah that was actually the point of the article is that they were targeting Seattle, LA, and San Francisco (already had a large presences in New York)