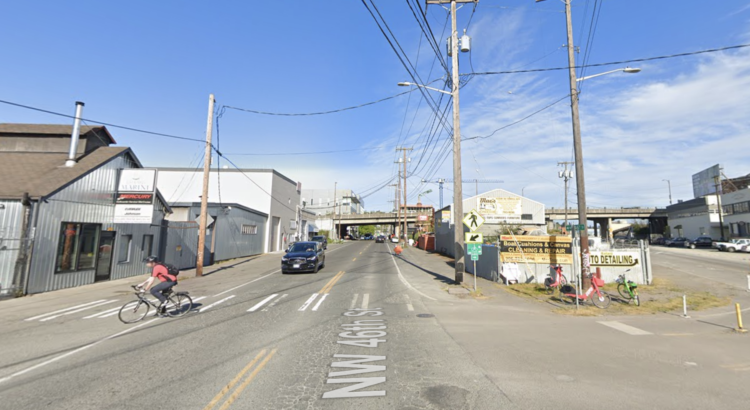 Crossing improvements at a busy Shilshole intersection and a new section of a neighborhood greenway are in the works as part of the City’s Your Voice, Your Choice program.

Your Voice, Your Choice is a participatory budgeting program in which community members democratically decide how to spend a portion of the City’s budget. After 6500 votes, 22 community projects citywide were decided on as part of the program, which allows residents to vote on street or park improvement projects.

Here are the projects chosen for Ballard:

The projects were selected from more than 600 ideas submitted in January. After October’s voting period, 22 citywide projects were chosen, which will be implemented next year.

“Community members decide” this article says. Except for Seattle, a lot of community members all around us , some 35 out of 39 counties, recently decided $30 car tabs are a good thing, again. Now those community members and their votes are being sued and ignored, for now. Typical bullying from King county and it’s special residents.

…some 35 out of 39 counties, recently decided to vote for an initiative that overrides voter approved funding for other regions and counties in which they have no tax liability and is clearly unconstitutional in its wording.

Fixed that for you.

Also, how is King County the bully here, when it’s the other counties that have decided that they get to have a say how King County taxes itself?

Explain how King County could do that, it’s not like they cut a check. It’s state funds that are distributed.

I’m personally of fan of taking from the rich and giving to the poor.

Just put out an constitutional amendment initiative that keeps all money within a county it was generated. The counties that consistently vote for Eyman drivel would likely support it, believing they subsidize the Puget Sound region.

The non-King County areas are not monolithic. The I-976 will really hurt those with disabilities in those areas. I’m fine having my tax dollars going to help them. Some people only think of themselves.

Not seriously practical or feasible. How about a state tax cut/County tax increase? See my post.

Here’s an idea: King County reps in Olympia should introduce a bill to *cut* state taxes. Do this in coordination with King County Council raising county taxes to an extent that will just offset the state tax cut for county residents. The Repubs will be unable to resist the tax cut, and we will have more ability to use our own money to do things we want for ourselves.

That intersection does need some work. Glad they are getting to it.