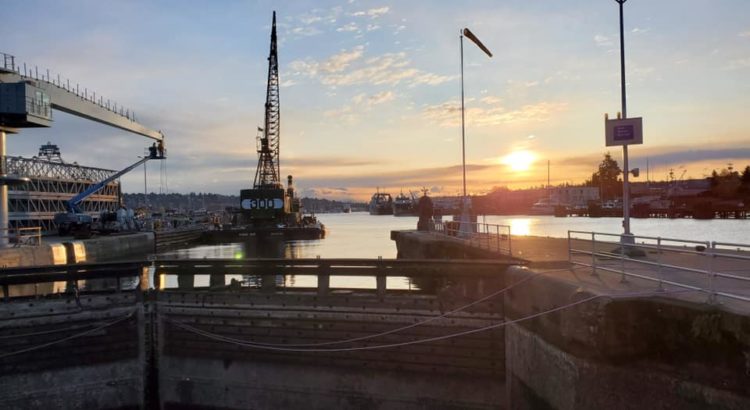 The large chamber of the Ballard Locks reopened over the holiday weekend, but is limited to half-chamber lockages for now.

The chamber, which closed Oct. 12 to replace the first of six Stoney gate valves, was reopened on Nov. 30. According to the U.S. Army Corps of Engineers, the contractor is wrapping up some final electrical work before they can reopen it fully, likely on Dec. 3.

The valves — named after their inventor, Irish engineer Bindon B. Stoney — are underwater and require a full draining for replacement. Their function is to open and close, letting water in and out of the chambers to raise and lower vessels, Bill Dowell from the Army Corps explained in a release about the reopening.

The project to replace the valves, which are original to the 102-year-old locks, will require several closures over a span a few years. The next closure will be February – April of 2020.