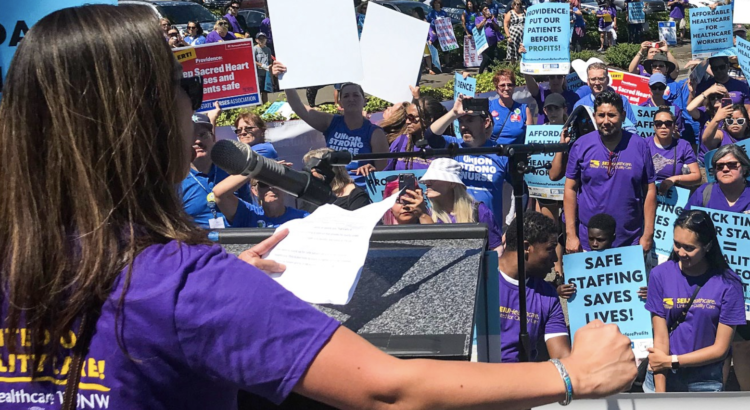 On Tuesday, Jan. 28, almost 8,000 Swedish employees around the city will begin a three-day strike to protest insufficient patient care and understaffing.

The nurses and caregivers at Swedish, represented by Service Employees International Union, will start picketing at 7am on Tuesday. According to the local union SEIU Healthcare 1199NW, Swedish workers are fighting for better patient care and safe staffing — they’re urging Swedish-Providence to sign a fair contract that addresses severe understaffing and prioritize patient safety.

Devon Stewart works at Swedish Ballard, and told My Ballard that the picketing will happen at the Ballard campus as well. He says that most emergency services will be cancelled, and that non-union workers will be flown into cover shifts while they strike.

There will be a march from Swedish First Hill to Westlake Park on Wednesday, Jan. 29 at 3:30pm; at 4:30pm they’ll be joined by local elected officials and representatives from local organizations for a community rally.

No quarter for all the non-union scabs. Solidarity forever with those going on strike.

Right on man. We really do need to resemble France. To freaking hell with those patients they all care so deeply about. Just walk off the job. Are they non-union, or non-human? Can you really strengthen the weak by weakening the strong? Union membership are today at all time LOWS; 10% or so is all.

Swedish Ballard’s ER will be closed during the strike. Short staffing is a problem unless it’s a means to an end and the end is SEIU’s power.