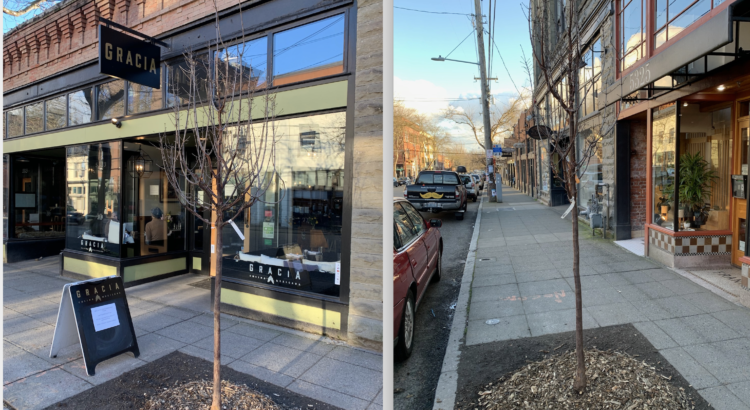 At least nine dying trees were removed in downtown Ballard as part of a joint project between Ballard Alliance and Seattle’s Urban Forestry program. They also started removing the invasive English Ivy from the trees along Ballard Ave, an ongoing project to keep the existing trees healthy.

The new trees that are being planted are Paper Bark Maples and Afterburner Tupelos, which during the fall will turn bright red, the Ballard Alliance says.

Now this is charming stuff. Just who are these experts planting these things? Same thing happened along 24th NW a few years ago too. Things tore up the sidewalks. Job security I guess. Same thinking brings us homeless and high property taxes to pay for them.

Yes, exactly the same. Hahaha! Your delusions are hilarious.