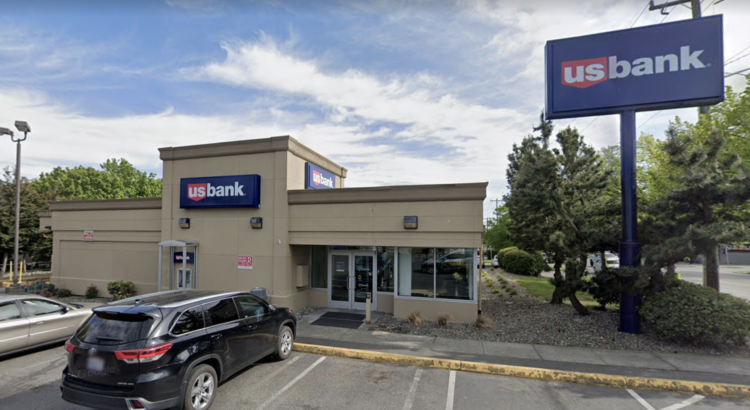 Police arrested a 55-year-old man yesterday for a bank robbery in Ballard after he tried to flee by taking a cab and later, a Metro bus to downtown.

According to Seattle Police, officers responded to the reported bank robbery at U.S. Bank on 15th Ave NW just after 1pm on Wednesday. The suspect was seen getting into a cab a block north of the bank.

SPD says an officer spotted the cab leaving the area, followed it for awhile, until the suspect jumped out of the taxi and began running. Officers pursued the suspect on foot until he managed to board a Metro bus headed for downtown. Officers eventually caught up with the bus, and arrested the suspect in the 2100 block of Dexter Avenue.

Witnesses from the scene positively identified the suspect, and he was booked into King County Jail for investigation.

A clarion call for better public transportation in Ballard!!

Is the robber going to get a reduced sentence for using public transportation, in an effort to cut down on the carbon emissions from single-occupancy getaway vehicles?

No, but he will receive a puppy, a new care, home on the beach AND an award for using public transportation. Making Her-honors honor list is a tough thing to accomplish. I bet we was heading to the Commons to spread the wealth and drink the good stuff for the night.

Ballard’s Bonnie and Clyde: takes the bus and recycles.