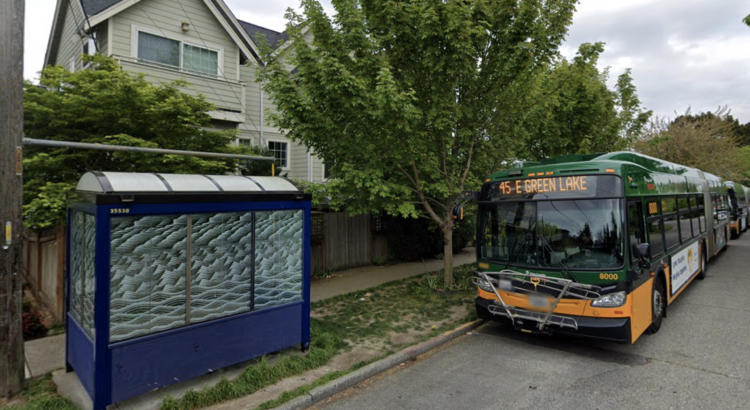 King County Metro is proposing to shorten Route 45, eliminating all stops west of 3rd Ave NW. Currently, the 45 runs along NW 85th St, spanning 32nd Ave NW all the way to Wallingford Ave in Green Lake and then terminating in the U District. With the proposed changes, Route 45 would be shifted to N 80th, terminating at 3rd Ave NW. (Here’s a full rundown of the changes)

The plan is to introduce a new route — Route 61 — which would begin at 32nd on NW 85th and terminate in Lake City (see below route map). The biggest challenge would be for riders who rely on the 45 to get to UW — those riders would need to transfer at 3rd Ave NW.

The changes are part of a major overhaul of King County Metro buses, called the North Link Connections Mobility Project, introducing seven new routes and making changes to a few dozen others.

Metro is still in the draft phase of the project, gathering feedback through community meetings and via online surveys. (You can take the survey here.)

This summer, the newly formed North Link Connections Mobility Board will refine the network concept into a final proposal, which will then be shared with the community. They’ll make final recommendations to the King County Executive and King County Council for consideration this fall.

All aboard the Junkie Express.

The only times that Loyal Heights and Sunset Hill make the big news… bus service reduced or removed or new construction to tear down trees and add huge ugly buildings.

Buses and trains both serve a purpose and are not mutually exclusive.

Only boomers who profited from fair pay and a less congestion don’t understand benefits of public transit.

There has never been “fair pay” in this country.