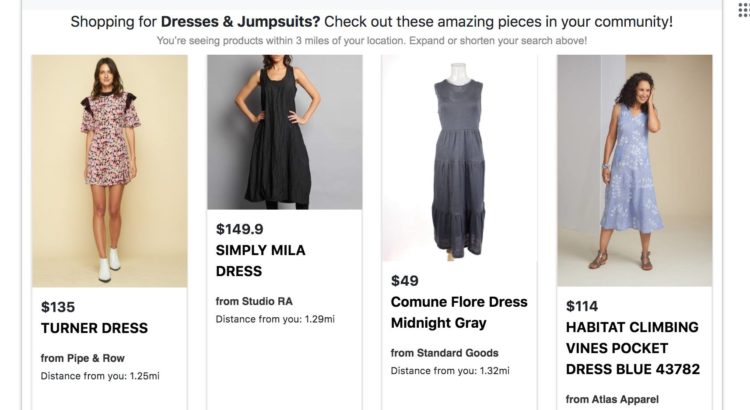 A man in Ballard has created an easy way to shop local: it’s called Sook, and it features over two dozen Ballard and Seattle small businesses.

Jonathan Sandals is the founder of Sook, which emerged from his realization that due to the pandemic closures, he had no easy way to shop at his favorite local stores. The name is a play on the word “souk”, which describes bazaars and markets in the Middle East and North Africa.

“If I wanted to buy a jacket in Ballard or Seattle, I would have to visit 20 individual websites for small businesses rather than shopping for them in one place,” Sandals tells My Ballard. “It’s because of this problem that the small businesses we love are getting eaten alive online by larger corporate retailers who are a one-stop-shop.”

So, he decided to create Sook, which operates as a Google Chrome shopping assistant extension. He has 28 businesses featured so far, with more to come. Sandals even included an alert feature that tells shoppers on larger sites (think Amazon or Nordstroms) if there are similar products available from local small businesses.

Seattle is the launch city for Sook, but Sandals says they’re planning to roll out another 20-25 other American cities. Stores can sign up for free, and business owners must be on Shopify to be featured on Sook. Sandals says they’ll also be expanding to other e-commerce providers such as Squarespace and Magento.

What is the relationship of this web site creator to the blog? Question how Google will use your personal experience to collect more data? When all stores are virtual with owners who are not from or of this neighborhood , what does it really mean to have a local store?

Both the web site creator and this blog are possibly members of Q-Anon. The Google data will be used to find and eat children. Your question concerning retail has been referred to the Department of Commerce.

it means what it means because it is what it is

From the Department of Redundant Tautologies .

It’s about time, we created much earlier. In fact, we are now moving to a system of fast and automated business solutions and e-commerce. By the way, regarding the same Salesforce solution, very often the reason why it works incorrectly is that it was configured incorrectly. Usually it is done by a lover. That’s why you need to study the details of Salesforce crm customization so that there are no more errors. This helped me to improve and optimize all the work. I hope I was able to help you too. Good luck.

Hey, a nice and cool thread about the online businesses. I also use e-commerce tool to boost my business and it is very important for me. By the way, I have needed some help with the firewood business plan because it happened when I did work on the ogscapital.com/article/firewood-business-plan/ website while needed this website for my business ideas.

Every country is having its own casino regulations which every player has to follow. But if you are unaware about all this information then I recommed you that you must read this article on this page which will guide you to all rules and regulations followed by LA for playing these gamblilng games. Just read the articel and keep yourself up to date regarding this point.

Writing essay will help you in many ways. It can help you develop logical thinking and your own writing style. Once you have formed your own thinking and writing style, you can easily produce content for an essay and other writing assignments and express yourself in writing buy term paper. So continue to practice to become a professional academic writer.

There are different fascinating chatbots, which can make your life simple. For organizations, chatbot development centers around improving their business measures and give better client experience to their clients. It is likewise being used to serve clients via online media stages like Facebook and others. More about you can find here – https://computools.com/chatbot-development-services/