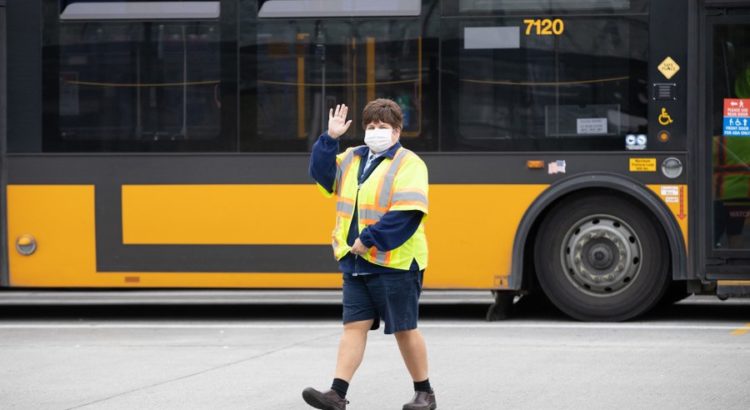 The safety partition will allow for front-door boarding and fare collection, which Metro says they hope to reinstate by Oct. 1. Metro hasn’t collected fares since mid-March.

The new partitions will be made from plexiglass, and will swing into position when a driver opens the front door. Metro says it can also be opened manually by the driver to allow them to leave their seat to assist passengers, including those who use mobility devices.

The partitions aren’t cheap: they’re $3,200 each, with a total of 1,444 coming to Metro’s fleet of buses. Funding for the partitions is being provided in part by the CARES Act.

Metro will also be installing mask dispensers on 102 buses in September, starting with RapidRide buses on the A and F lines in south King county and on 60-foot trolley buses on routes 7, 36, 43, 44, and 49 in Seattle. More dispensers will be installed on other high-ridership routes in the future. Each dispenser will hold about 150 masks, paid for with funds designated by the King County Council.

Metro says that while masks are required for passengers, roughly 85 percent of riders are compliant, based on observations from their four highest-ridership routes.

Along with the new safety precautions, Metro has some significant service changes coming on Sept. 19. The changes are based on current demand; average ridership right now is about 38 percent compared to this time last year. You can see the full list of routes with changes here.