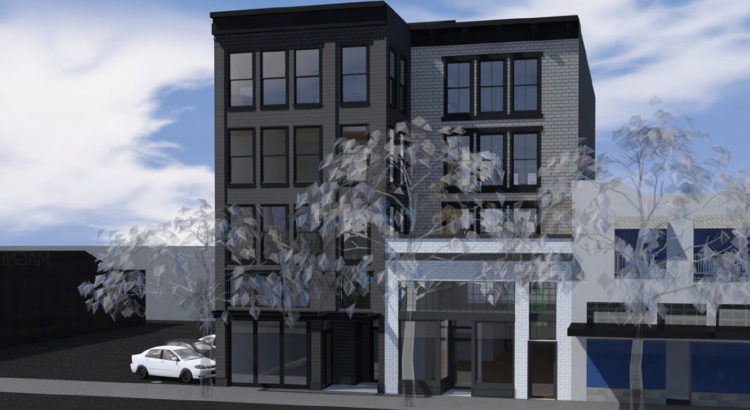 Update: Max Portnoy from Axiom tells My Ballard that KAVU, who owns the building, is a partner in the redevelopment.* Axiom owns the parking lot next to KAVU, and Portnoy says their properties would be combined in the new building, creating a mixed-use space with more retail for KAVU, plus a potential restaurant space.

Original: The historic building that’s home to KAVU (5419 Ballard Ave NW) is slated for a redevelopment.

The building’s co-owner Axiom Design + Build plans to keep the facade and part of the interior elements preserved, but with a new addition. The design plans would turn the building into a four-story retail, office, and residential building.

Axiom will present its plans to the Ballard Avenue Landmark District Board at 9am on Thursday Nov. 5 in a virtual meeting—the public can attend via WebEx.

To hear a live recording of the meeting, call 206-207-1700 and enter meeting access code: 146 438 5847. The public is also invited to comment; you can sign up here to comment or email minhchau.le@seattle.gov by noon today (Wednesday).

*Correction: An earlier version of the story stated that Axiom co-owned the building.