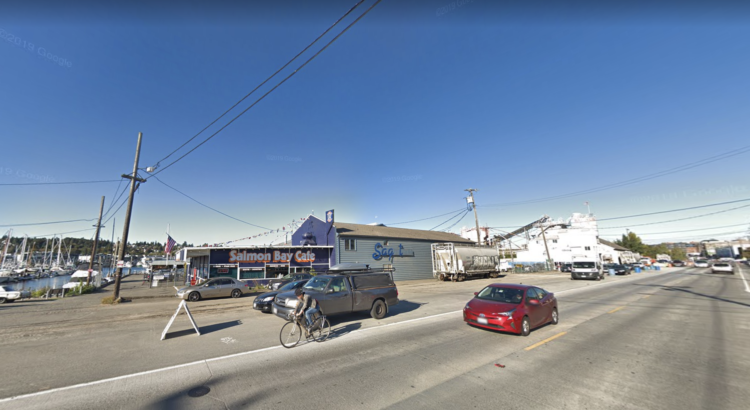 The Missing Link of the Burke Gilman Trail likely won’t be built this year, after yet another setback for the City in a recent court case.

The Burke Gilman Trail runs about 20 miles through King County, from Bothell to Ballard. The trail disappears once you get to the industrial waterfront near the Ballard Bridge, leaving bicyclists in the road to contend with car traffic.

The efforts to complete the Missing Link has taken decades, with the City of Seattle coming up against Ballard businesses, who have differing views on the best alignment for the new trail.

The City has long advocated for the trail to continue along Shilshole Ave NW, where it can be unencumbered by multiple intersections. The Ballard Coalition, which includes labor and trade unions, trade organizations, and maritime/ industrial businesses, argues that Shilshole is far too dangerous with industrial traffic. They say Leary Ave NW is a far safer option for bicyclists.

The latest ruling from the Washington State Court of Appeals found that a city hearing examiner who was overseeing an environmental impact statement on the trail had a possible conflict of interest. The examiner was applying and interviewing for the City’s Hearing Examiner job in 2017 while also serving as a neutral party in the EIS examination. Because the examiner’s possible conflict of interest was not disclosed, the City will need to go through the hearing process once again.

The Washington State Court of Appeals stated that “Judges may not adjudicate cases involving their prospective employers” because “a judge cannot have a prospective financial relationship with one side yet persuade the other that he can judge fairly in the case.”

“This is another significant setback because the City, for a fourth time, has to completely re-do SEPA for the Missing Link, further wasting taxpayer dollars,” Josh Brower, a lawyer representing the Ballard Coalition said.

In order to complete the trail on Shilshole Avenue, the City would have to move a section of tracks belonging to the Ballard Terminal Railroad. Last July, a King County Superior Court Judge ruled against the city, due to the fact Seattle does not have authority to do so.

“I believe this is just another roadblock, but we won’t be deterred in making sure the trail gets done,” Sara Kiesler with the Cascade Bicycle Club said in a KNKX article.

Bicyclists will have to stay alert along the missing link trail until this gets resolved.