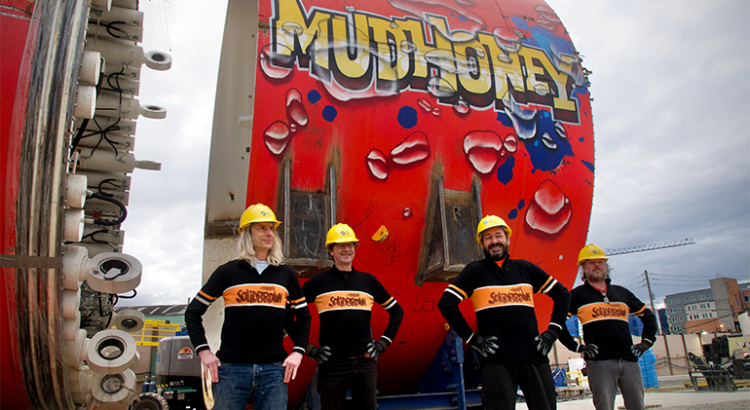 After compiling the votes, Seattle Public Utilities has announced the winning name for the tunnel boring machine in Ballard: MudHoney, in honor of one of Seattle’s most iconic bands.

Over 35,000 votes were cast in the contest to name the tunnel boring machine that will be used for digging a wastewater storage tunnel to reduce water pollution in Salmon Bay, the Ship Canal, and other waterways.

Back in March, Seattle Public Utilities put out a request for submissions to name the massive tunnel boring machine, and received over 1,200 suggestions.

The finalists were the following:

“Since the late ’80s, Mudhoney, the Seattle-based foursome whose muck-crusted version of rock, shot through with caustic wit and battened down by a ferocious low end, has taken a stand against overflows into our waterways,” SPU shared in a press release about the naming.

The MudHoney will be stationed at the main Ballard site (24th and Shilshole), where nearby residents can expect the following local impacts:

You can learn more about the Ship Canal Water Quality Project, a joint project between Seattle Public Utilities and King County Wastewater Treatment Division by visiting the project website.