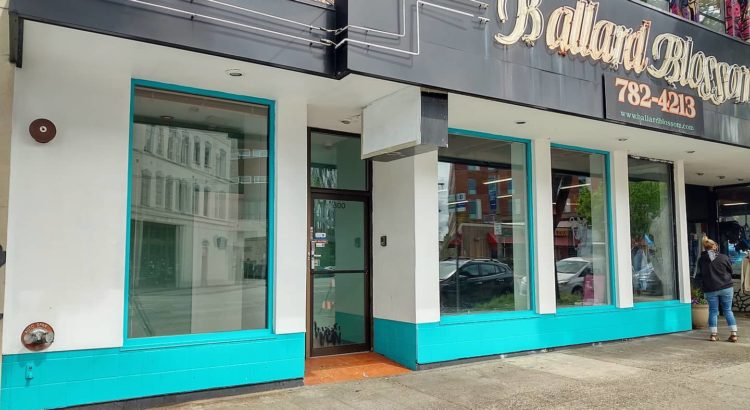 The latest pop-up business to open in the former Ballard Blossom building will bring desserts and baked goods to NW Market St: It’s called Truffles & More, and is set to open on Saturday, June 26.

Owner Kyma Czark started Truffles & More six years ago after becoming well known in her group of friends for her desserts.

“When I started doing a few pop-ups & farmers’ markets, I also received wonderfully enthusiastic responses,” Czark wrote on her website. “In 2015, with the support and encouragement of my growing number of dessert enthusiasts, we started Truffles & More.”

Czark specializes in truffles—in 13 different flavors—but also bakes cakes, cupcakes, macaroons, cookies, brownies, and cake bites. Since launching her business online, she’s primarily sold her desserts by special order only aside from pop-ups. She also makes vegan and gluten-free desserts, and delivers for free to addresses in Seattle.

As part of her grand opening, Czark will be giving away free truffles on June 26th from 11am to 8pm as long as supplies last.

Truffles & More is one of many temporary tenants set to bring life into the former Ballard Blossom building. Development plans for the eventual 7-story boutique hotel construction are delayed for a couple years, and the owners are allowing for temporary use of the space in the meantime.

Ballard Alliance Sr. Manager of Economic Development Devin Reynolds worked with the property owners to hatch a plan for temporary tenants while the building sits empty. Reynolds reached out to his network to find startups and small businesses to fill the Ballard Blossom space on a temporary basis, turning the old flower shop from a vacant shell into an incubator space with short-term pop-up tenants.

The pop-up tenants are taking over the ground floor space of the building, with several businesses already in the space and more being added on a rolling basis. The first businesses that set up shop are Zuri’s Donutz, Nomad Boxing Club, and Ruby Laine Apparel. Truffles & More will be the newest tenant.

If you’re a small business owner interested in becoming a pop-up tenant, contact Devin Reynolds by email at devin@ballardalliance.com.