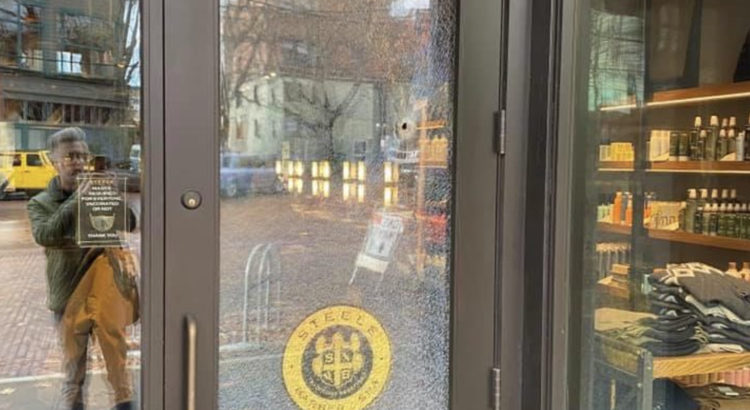 A number of downtown Ballard businesses were vandalized over the weekend.

Steele Barber owner Matthew Humphreys shared information about the vandalism with the My Ballard Group on Sunday, saying his storefront and several others sustained glass damage in the early hours of Sunday morning. Along with Steele Barber, The Tractor Tavern and The Ballard Cut were damaged.

Thai Thani was also hit over the weekend. Anak Urwannachotima from Thai Thani says someone threw a rock through the restaurant window, but that there was no sign that the person entered the building.

“It’s very sad to hear that lately many businesses in Ballard have been vandalized and burglarized,” Urwannachotima wrote.

Humphreys captured a photo of the suspect from security cameras (above). He asks that anyone with information about the incident contact Seattle Police and reference police report T21023221.