Man who raped woman in Ballard car dealership restroom sentenced to at least 8.5 years in prison – My Ballard Skip to main content 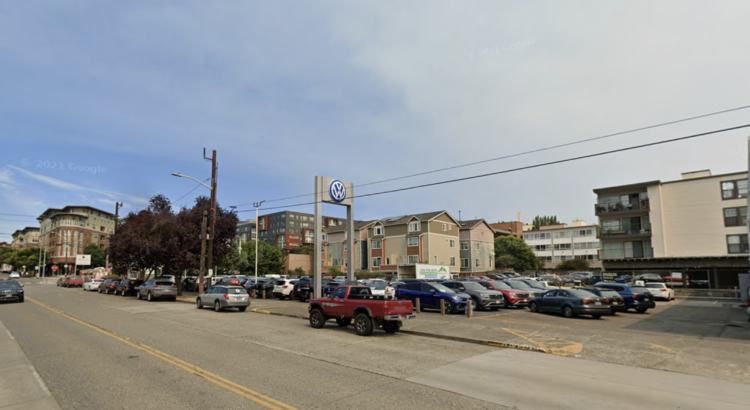 The man who raped a woman in a Ballard car dealership restroom in 2018 has been sentenced to a minimum of 8.5 years in prison.

Christopher Teel, who was experiencing homelessness at the time and who has since been diagnosed with unspecified schizophrenic spectrum disorder, has received an indeterminate sentence for 8.5 years to life in prison. He pleaded guilty in November to first-degree rape.

The incident happened in May 2018 when Teel, 24 at the time, followed a 40-year-old woman into a portable women’s restroom at Carter Motors (5201 Leary Ave NW). Carter was under construction at the time, and the restroom had been set up in a portable unit outside the main building.

The woman had taken her car in for a service just after 7 a.m. She got some coffee and went into the restroom while she was waiting for a shuttle to take her to work. Teel followed her into the restroom, locked the door, and attacked her while she tried to fight him off.

Employees heard the commotion and began banging on the door, which distracted Teel and gave the woman an opportunity to unlock the door. Teel reportedly tried to walk away but was stopped by an employee and held until police arrived. The Seattle Times reports that employees witnessed Teel claiming that the air was poisonous and talking to himself.

Teel was not found competent to stand trial on three separate occasions since his arrest over three years ago. He spent a year at the Western State Hospital, helping to restore his competency and stand trial.

In the pre-sentence report, a defense mitigation specialist described Teel as “not a criminal mastermind”, saying he was likely in the midst of a “psychotic break” on the day of the assault.

The Times reports that the state and defense jointly recommended a minimum of 8.5 years in prison, which could be extended if a review board determines he’s likely to commit another offense if released. If he is released, he’ll have to register as a sex offender and will be under supervision for life.