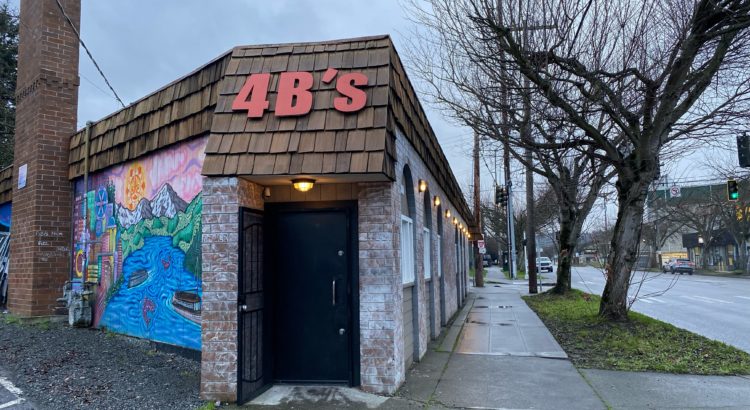 The dive bar 4Bs Ballard Grill & Alehouse has been revived under new ownership.

Joel Stedman from The Stedman Group recently acquired the 4Bs, located at 4300 Leary Way NW. The Stedman Group owns and operates six other bars/restaurants around Seattle, including the Magnolia Village Pub and Targy’s Tavern in Queen Anne.

During the past two months, Stedman and his team have been sprucing up the old dive, ripping out carpet, cleaning up, painting the interior, and adding new stools and tables. They brought in two new TVs, two new pool tables, and replaced and brought in a few new games.

“I thought this location more than our others would be more likely for [break-ins], but I didn’t expect four times,” Stedman said.

The creators behind Macho Burger food truck will be taking over the kitchen, serving just dinner for now, but Stedman says they plan to add weekend lunch service starting in the spring.

Stedman says they’ve put in all new beer lines, and will be serving local favorites along with dive bar staples (think Coor’s and Miller Lite) and cocktails.