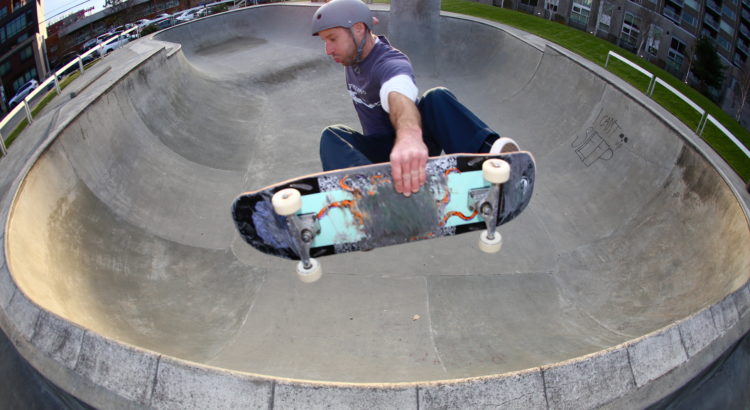 A local skateboarding advocacy group is requesting the reopening of the Ballard Commons skatepark during the extended park closure.

Seattle Parks and Recreation closed Ballard Commons earlier this month during an encampment removal, erecting fences around the perimeter of the entire park. The Parks Department, along with District 6 Councilmember Dan Strauss, announced the park would be closed for six months to a year to allow for remediation and to build a new playground.

The closure includes the skate bowl, which Parents for Skateparks director Scott Shinn says may be unnecessary during the closure.

Shinn shared a letter with My Ballard that he sent to Seattle Parks Superintendent Jesús Aguirre and Councilmember Strauss in which he asked that the skate bowl be open to the public during the closure.

“I’m writing today to respectfully request that the bowl be re-opened to the public without delay,” Shinn wrote. “As a permanent concrete structure, the bowl was not impacted by camping in the adjacent lawn space, and its adjacency to the South sidewalk would easily allow it to be re-opened and also fenced off from the rest of the property. There is no reason to close this facility to the skateboarding community while the rest of the park awaits vegetation remediation.”

Despite the closure, Shinn says he supports the City’s plan to build a new playground at Ballard Commons: “Activating this space would help displace other types of unwanted activity. Like skateparks, public playgrounds should be fun places where parents, children, and all park users feel safe and welcome.”

Seattle Parks spokesperson Rachel Schulkin tells My Ballard that the park closure will include some upgrades and work on the skate bowl itself along with other park repairs and vegetation remediation. Seattle Parks plans to repair the coping—the material at the top of the bowl that skaters use to grind or slide—and to replace missing skate stops.

Other maintenance will include pressure washing all hardscapes, replacing missing bollards, removing graffiti, repairs to the spray park aquatic features, lighting and electrical work, and repairing the benches. Crews will also do some repairs to the Portland Loo, including installing an auto-locking system to the restroom.

The vegetation work will be delayed until spring but will include grass rehabilitation and replacing plants and trees in the park.

“Ballard Commons Park will be closed for the next six months while park crews address the impacts of the encampment, and maintenance backlog,” Schulkin said. “We understand the impact this has on the community, and our goal is to reopen the park in great condition.”

Councilmember Strauss tells My Ballard that the predicted closure of six months to a year was to make sure they set expectations correctly. “Everyone would love to open up parts as soon as possible,” he said, adding that they’re working towards that.

“We’re just two weeks out [from the encampment removal], and the whole community just needs to take a deep breath and so that when we return it to service it’s in a coordinated fashion.”

He says the break will allow them to do further assessment on the park, but couldn’t say for sure whether the skatepark could reopen sooner than other parts.