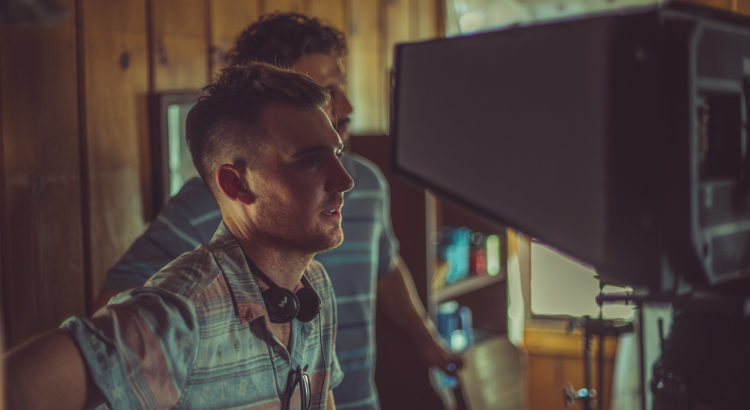 A Ballard High graduate has made it to the big screen with his first major feature film set to hit theaters this weekend.

Harris’s passion for cinema started at an early age. He recalls handling his first camera at age 8. From then on, his love for storytelling naturally evolved into filmmaking efforts.

This early passion for cinema and TV led him to participate in the Ballard High cinema program, propelling the young director to sell his first feature at 17 in 2003 while he was a junior.

“I grew up in Ballard High School. Instead of going to college or film school, I made this feature when I was 17 years old. It was like my version of film school; it was a great experience,” director Jesse Harris said.

Inspired by the early success, the director was determined to help young filmmakers to create networks and showcase their screenplays to a broader audience. In 2007 Harris founded the National Film Festival for Talented Youth (NFFTY), a one-day film festival in Seattle.

“I realized it really needed to exist, and if I didn’t do it, it probably wasn’t going to happen,” Harris said. “I saw how important it was for other filmmakers, and being one myself, I really had an opportunity to do something special with it.”

NFFTY, now in its 15th year, is a four-day film festival that screens over 250 movies from over 20 countries, helping filmmakers 24 years old or younger bring their films to a wider audience and create a network in the industry.

“The festival gave me a lot of opportunities because I met so many people and built so many relationships through it,” Harris said. “[It] ended up being a really good thing for me too.”

Harris’s latest work, “Borrego,” is a mystery thriller that follows a young botanist (Hale) who moves to a small desert town in California to work but must fight for her survival when she is kidnapped.

Filmed during the pandemic, the production faced some unprecedented challenges. Originally planned to film in the spring of 2020 in the California desert, the restrictions imposed by the pandemic forced the independent film production to move to Spain.

“That was a big challenge because the entire crew was from Spain so there was a language barrier. It was a big undertaking,” Harris said. “But at the end of the day, it’s all very similar; you’re still telling a story.”

The film opens at the Varsity Theatre in Seattle today, and on January 26, “Borrego” is having a special screening at SIFF, which Harris is set to attend.

“I’m just obviously really excited to be in Seattle. I have a lot of friends but also supporters of me in the film festival. It’s cool that someone from Seattle has been able to do something that’s going to hopefully reach so many people.”