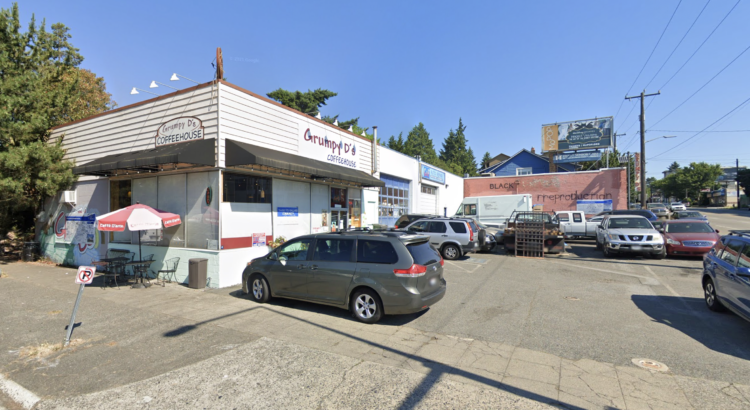 Grumpy D’s, the longstanding coffee shop on the corner of 15th Ave NW and NW 70th St, has announced they’ll be closing up for good on March 27.

The closure was on the horizon for owner Marta Kurtz, who told My Ballard in December that she was looking for a new location for the cafe in anticipation of the apartment building set to replace the property.

Grumpy D’s has had an uncertain few years; they were first notified of an impending development back in 2018 but were told they had some time before they needed to vacate. Dan, Marta’s husband, passed away in July 2020, and Marta has been running Grumpy D’s on borrowed time as the development plans and construction timelines changed during the pandemic.

The current development plans are for a 6-story, 67-unit apartment building with parking for 26 vehicles. The building will be called Nesttun, named for a city in Norway.

The original plans, filed in 2018, were for a much larger development that was set to replace five total properties on the northwest corner of 15th and 70th. According to the developers, “in response to the critique of the scale of the building and other constraints,” the development team reduced the project to half of its original size. (You can see the new design plans here.)

G&F Auto Repair’s building and a wood crafting studio operation in the building next door (formerly Creation Dentistry) will also be demolished to make way for the new development.