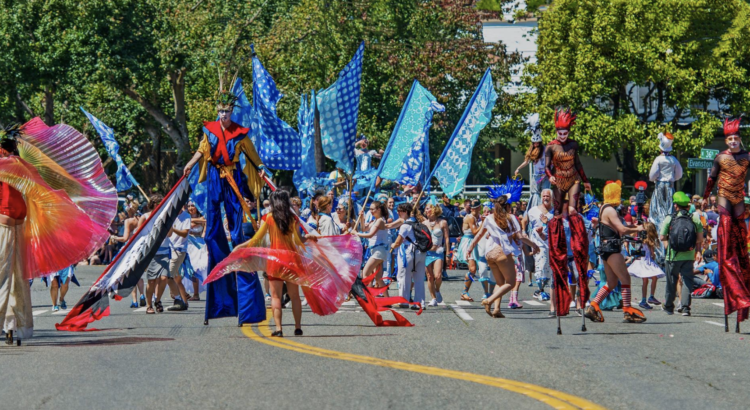 One of North Seattle’s most whimsical events is returning this summer: The Fremont Solstice Parade and Fremont Fair are coming back to Fremont in June.

The Fremont Arts Council has made some notable changes for the return of the event, with a new parade route and week-long art “extravaganza” in the works.

The Solstice Parade—this year’s theme being Motion!—will happen on June 18 and the Fremont Fair will take place over the weekend of June 18 to 19.

“The route will be a bit different this year as we are reinvigorating the parade after going without for two years – it will end in a fabulous party with art, music, dancing, and all of the creativity of our community in the heart of the annual Fremont Fair,” said Cindy Krafft, president of the Fremont Arts Council and organizer of the Fremont Solstice Parade.

This year, the parade will begin at 2 p.m. on Leary Way NW near the cross-street of NW 39th St. It will travel eastbound on Leary Way, connecting with NW 36th St before heading eastbound on N 36th St for a half-mile before turning right onto Evanston Ave N. After one block, the parade will turn right again on N 35th St where the route will finish in the heart of the Fremont Fair, rather than at Gas Works Park as it has in previous years.

The Fremont Summer Solstice Art Week will launch during the festival, with murals and sculptures set to pop up around the neighborhood, both inside and outside of local businesses.

Online registration is open for both artists and groups who want to help or appear in the parade.