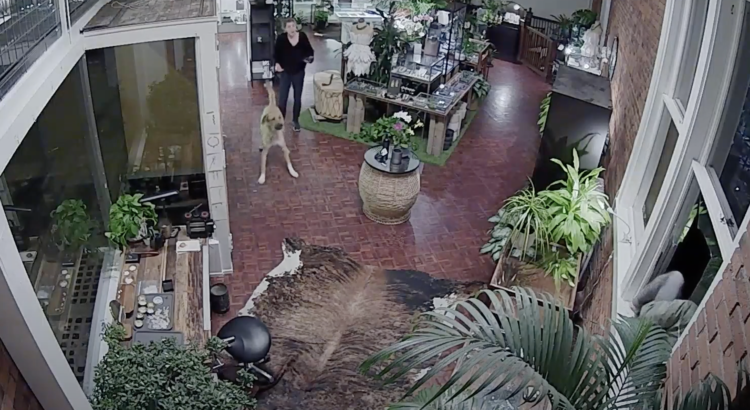 The owner of Begin in Ballard, MK Byrne, made the news last week when she fought off a thief who broke into her jewelry shop at 5349 Ballard Ave NW.

We reached out to MK to learn about the incident, and she shared the following account.

“Ballard is the place where my wildest, most beautiful dream came true: to open a store selling my jewelry creations and weave myself into the fabric of a vibrant community. Ballard is my heaven on earth.

However, many businesses in this community have suffered the hardship of damage to their windows, stolen merchandise, and harassment.

At my own store, we had a major panel of glass shattered each week for three consecutive weeks. The side panel of glass was shattered by a team of three on March 1st. The team came prepared with a glass break hammer. The alarms sounded, and police came in about an hour. The next week, our front door was shattered by a cement brick. The alarm sounded again, and this time it took two hours for the police to arrive. Finally, a window was cracked by a thrown rock on March 21st. It wasn’t serious enough for the police to come.

On the night of March 22nd at 5 am, a robber broke through our back window and entered near my workbench in the corner of the store. He started taking whatever he could. I had decided to stay in my store that night with my 120 lb pony bear of a dog, Ashitaka, on a hunch the window crack meant someone was going to come back.

The world felt to be in slow motion, and the burglar was taking his time. I called 911 and started yelling at him to get out. After seeing he was alone and didn’t appear armed, I started to advance. I threw the first thing at hand—a heavy bottle of hand sanitizer, and I’m pretty sure I hit him. Ashitaka, normally a very sweet boy, was barking like mad.

I was lucky to ward off the burglar and prevent him from damaging my store or much of my inventory. Staying in my store overnight was a dangerous decision, and I should have prepared differently, and I am very sorry to the ones who care for me that I put myself at such risk. I lost sight of my own safety out of anger and fear—protecting what is most precious to me: my place in this community and my ability to create.

BEGIN is my sacred space.

The reality is: a small business cannot sustain even one major loss. Had the robber taken my inventory or damaged my display cases, it would be at least six weeks to replace the product. Even if my insurance company compensated me, six weeks of being closed would surely mean I would have to let go of the staff I love dearly and face bankruptcy. I’ve bootstrapped this operation from the beginning and financed my rapid growth on credit cards. Like many entrepreneurs, I have no cushion for a disaster.

Many businesses around Seattle are facing rising insurance rates, or an inability to get insurance at all. The rampant crime in our beloved cities is a problem we have to start healing. It is a complex issue—one involving income inequality, systemic prejudice, a broken judicial system, and at its core, I believe, a deep wound from our severing from Mother Earth. But the enormity of the problem can’t be an excuse not to begin finding a way to heal it. We all have something worth protecting that’s at stake.

I am an artist, and if it was up to me, I’d spend my days walking barefoot on the moss in the mornings to collect curiosities from the woods. I’d spend the afternoon making things with this incredible team of people who come to work together at my shop. But right now I’m fighting for our safety and security, rather than creating. If fighting and protecting is what I have to do, I’ll do it with the same spirit that I make my art.  I’ll look at what’s around me with an open mind, find unexpected ways to create connections, and make the most beautiful thing I can.”