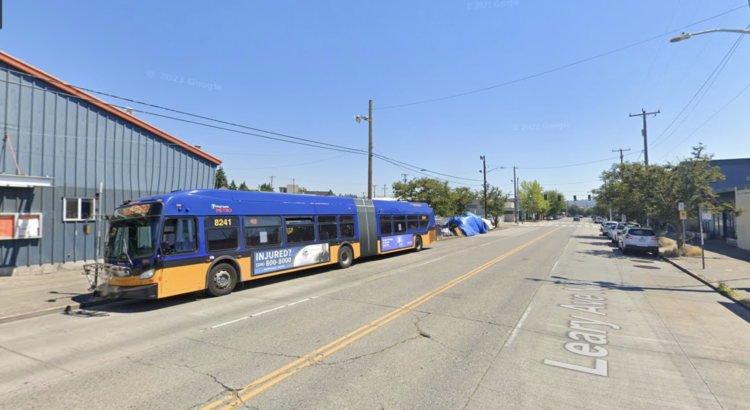 A number of improvements have been planned for Route 40 in downtown Ballard.

Areas designated for improvements can be seen on the map below, and include the portion of Route 40 along Leary Ave NW from 14th Ave NW up to NW Market St and extending to 24th Ave NW.

SDOT says they expect the changes will reduce peak transit travel times by 5% to 10% and improve consistency.

Improvements along the corridor will include the following (from SDOT):

The Route 40 improvements will not be transitioned into a RapidRide line, but SDOT says the upgrades will be “designed to align with potential future RapidRide expansion.”

SDOT is publishing a virtual open house today (May 23) at 3 p.m. to provide more information about the project; visit this site for more info.

With the preliminary design complete, SDOT is reaching out to businesses, residents, and organizations located near the proposed design changes to hear their feedback. The virtual open house will include a survey you can take to provide comments.