Ballard annexed 115 years ago – My Ballard Skip to main content 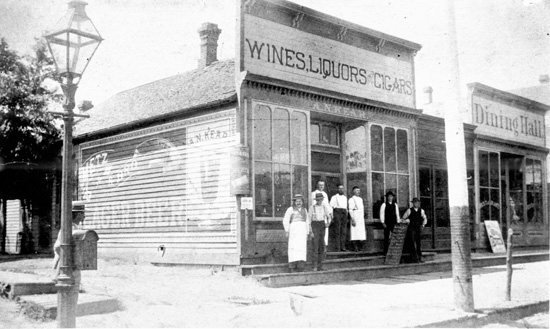 On Sunday, Ballard hit a milestone: Our neighborhood was annexed 115 years ago.

Ballard was first settled in the 1850s and was known as “the shingle capital of the world,” with timber and fishing jobs drawing immigrants to the area.

As the Seattle Municipal Archives recalls, the town of Ballard built a post office in 1889, a city hall (located at the north end of Ballard Avenue where the bell tower stands) in 1899, and the Carnegie library (on NW Market St) in 1904. The first bridge over the Ship Canal was built in 1889 and incorporated as a town in 1890 with 4,568 residents.

Annexation into the City of Seattle happened in 1907 when the population had swelled to 17,000. According to the archives, the rapid population growth created problems with Ballard’s water supply, so Ballard city leaders agreed with Seattle to tap into its water system.

As Ballard grew, its water use surpassed 5 million gallons per year, and the expenditure was adding to Ballard’s debt, so it was put to a vote on whether or not to annex.

In the first vote in 1905, Ballard chose to remain independent. But 15 months later, annexation was passed in a second vote. According to the archives, “Ballard citizens showed their mixed feelings about the change by draping their city hall with black crepe and flying the flag at half-mast on the day of annexation.”

If you want to learn more about Ballard annexation, read more on the Seattle Municipal Archives.