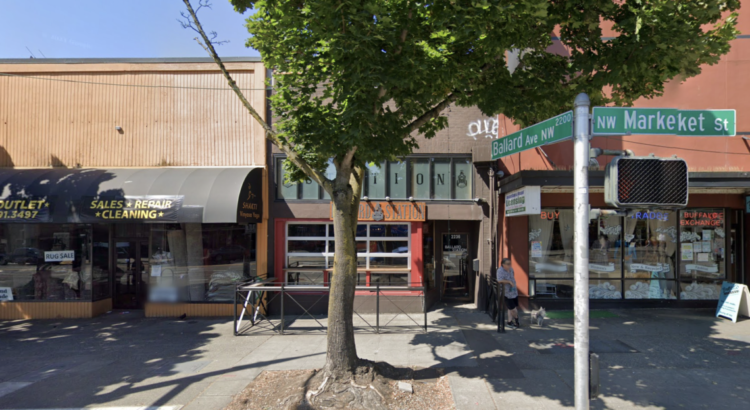 The Ballard Station (2236 NW Market St) will be forced to close in September due to the construction of a new 238-unit apartment building planned for the northeast corner of 24th Ave NW and NW Market St.

Ballard Station owner Jesse Young tells My Ballard that their current lease ends in September and they’ll be forced to move out. Young also owns and operates the Ballard Hockey Bar, which opened in March this year.

“We wouldn’t close if we did have to but obviously we can’t stop the project,” Young said in an email. “We would love to relocate either and/or both locations…but have not been able to find a spot yet.”

Ballard Station opened in 2012 and has been a staple along NW Market St for the past decade. The bar took a big hit during the pandemic, but the Youngs launched an online fundraiser to help keep their employees’ health insurance going when they were forced to close for an extended period.

The hockey bar is a somewhat new addition and was always meant to be a short-term project. Young said he wanted “to give the neighborhood a safe, fun, and affordable place to support our Seattle Kraken,” and to deter crime and vandalism in the vacant building. The hockey bar isn’t currently open on a daily basis anymore, but is available to rent out, Young said.

The new construction is slated to start in October. The new 7-story apartment will span from the corner of NW Market and 24th to 2236 NW Market St.