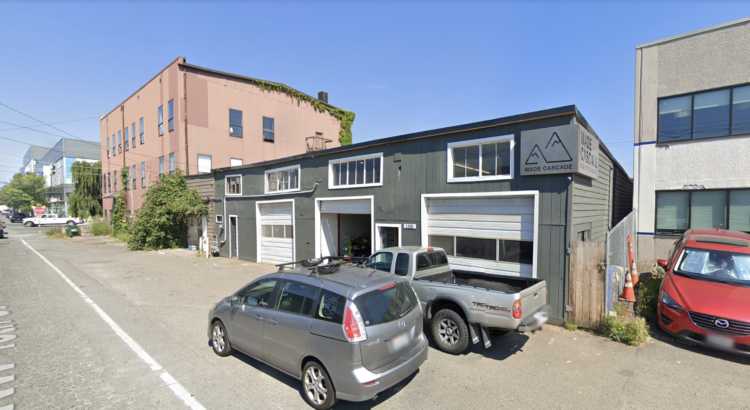 A small brewery and apothecary workshop is opening soon in Ballard.

It’s called Hildegard Ferments and Botanicals and is moving into the former Made Cascade location at 1150 NW 46th St.

Co-owners Rosa Vissers and Howard Kuo cooked up the idea for Hildegard pre-pandemic and had planned to open a brewery and taproom on Phinney Ridge with Brandon Pettit of Delancey. “But then a thing called COVID happened, life/business situations changed, and that project came to an end,” Vissers told My Ballard.

After a short stint in Wallingford, Vissers and Kuo found their current location when their friends at Made Cascade outgrew their warehouse on NW 46th St and moved out. “We were very fortunate to be able to step in and transform their old space into our new magical workshop,” Vissers said.

Hildegard will create “seasonal beverages inspired by traditional fermentation methods and flavors of the Pacific Northwest.” The apothecary part of the business will be smaller, selling healing salves, tinctures, and other goods.

“Hildegard is a long overdue ode to our namesake as she was a multi-talented mystic, composer, herbalist, and overall badass,” Vissers said. “We hope to invoke her spirit with our rustic little beers, botanical juns, and a plant medicine apothecary all created in our little workshop.”

Along with a small retail area set up within Hildegard, their brewery creations will be sold in various bars and restaurants in Ballard including Delancey and Essex.

The workshop and retail area will be open in late July/early August.