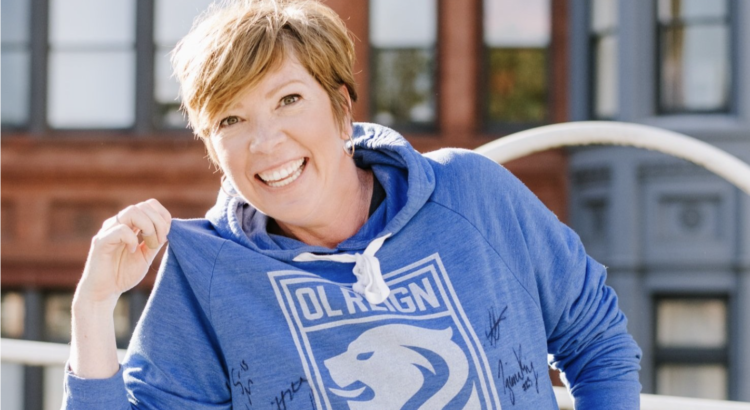 Owner Jen Barnes is behind the concept, which she says started brewing in her mind after being unable to find a pub that would play the OL Reign semi-final, which is Seattle’s women’s soccer team.

“As a third-generation Seattleite, I couldn’t be more proud to open Rough & Tumble this winter in Old Ballard. It feels the closest place Seattle has left to what I grew up around—a waterside harbor that embraces its hard-working roots and its lumber-fishing history,” Barnes told My Ballard.

“My grandparents became engaged at Golden Gardens, a story I love and ties me to Ballard in such a sweet way. Ballard Ave is a vibrant hub for incredible chefs, artists and seamlessly blends old-school Seattle grit with creative businesses. It had to be Ballard for me.”

The bar will be the first-ever home for women’s sports in Seattle, Barnes says. Women’s sports will be prioritized on their big screens, and the bar will be a hub to watch all Seattle Storm and OL Reign games. They’ll also screen all major Seattle sports events, including Sounders, Mariners, Kraken, and Seahawks games when they’re on.

“As any fan knows, it’s nearly impossible to watch women’s sports outside of your living room,” Barnes says on the Rough & Tumble website. “When we’re lucky enough to find a sympathetic bartender, the game gets played on the smallest screen and rarely with sound.”

Rough & Tumble plans to change that, with big screens showing all women’s sports, alongside “better-than-you’ve-had game time grub, and healthy stuff you actually crave.” The bar will also be kid-friendly.

No info yet on the exact location and opening date, but we’ll keep you updated when we learn more.