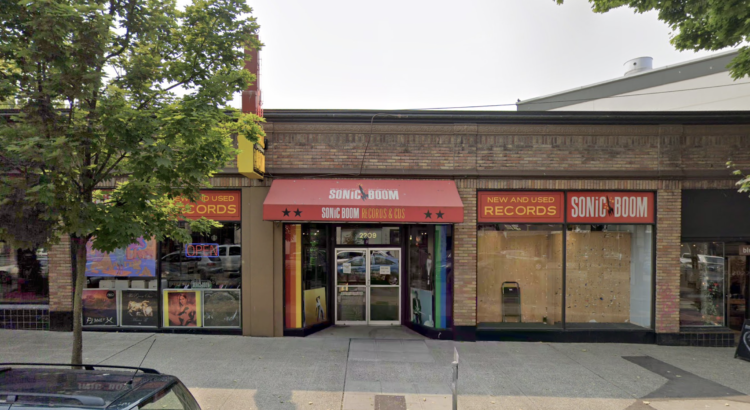 The 25 Year Anniversary Parties will be on Sept. 2 and 3 with two nights of music. The second night of festivities will be headlined by the Death Valley Girls. The first night of music has a “super secret special guest” that Sonic Boom is keeping under wraps until just before the show.

A portion of proceeds from ticket and raffle sales from the event will go to Planned Parenthood.

Friends Jason Hughes and Nabil Ayers opened the first Sonic Boom in Fremont in 1997 a small retail area of a converted house. The two invited Death Cab for Cutie to do an in-store performance when their debut album Something About Airplanes came out, and the show “put Sonic Boom Records on the Northwest indie rock map,” according to the store’s history.

Sonic Boom later expanded with stores in Ballard and on Capitol Hill. Hughes and Ayers sold the business to Mike Pitts in 2016, who has used the Ballard store as the headquarters ever since.