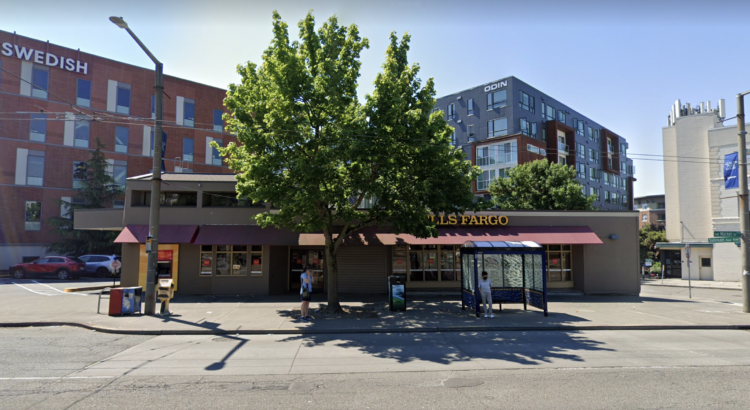 Prosecutors charged Baker with three felony counts of robbery in the first degree.

The robberies all took place during August—Baker allegedly stole thousands from the three banks between Aug. 10 and Aug. 23. Prosecutors say on Aug. 10, Baker passed a note to the Bank of America tellers saying he was armed, asking for them to put money a bag. He made out with $4,000.

Wells Fargo was next; the tellers gave Baker $500 cash in a package that also contained a GPS tracker, which he promptly threw away. He hit another Wells Fargo on Aug. 23, stealing about $7,000.

Seattle Police found Baker by identifying his vehicle that was captured on security footage, and arrested him on Aug. 24. Baker is also a registered sex offender; he was convicted of child molestation in 2003.

Beyond the three incidents mentioned above, other banks in Ballard have been targeted. Washington Federal bank manager Rochelle Hertig reached out to My Ballard saying their NW Market St location was vandalized on Aug. 17. Hertig says the person responsible smashed the glass door to their building (photo below).

And just yesterday (Aug. 29), Seattle Police responded to reports of a bank robbery at the Key Bank on Holman Road NW near NW 97th St. Police say a suspect entered the bank and passed a note to staff stating he had a gun and demanded cash. He fled in a white Mazda SUV and is still at large.