Three years later, Rumple is still on the roof – My Ballard Skip to main content 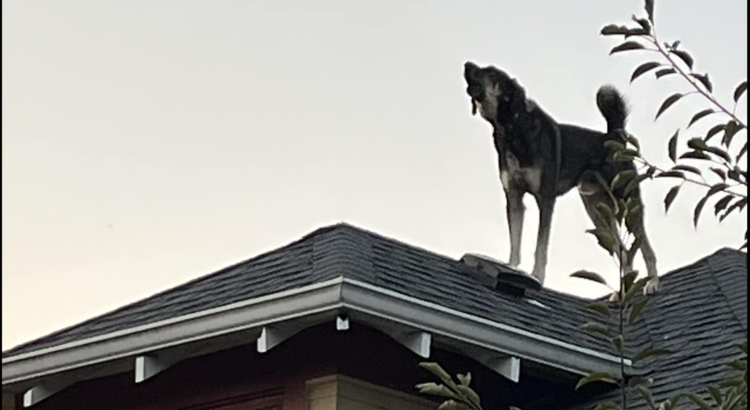 Three years ago, we told Rumple’s story, which became one of our most-shared posts of all time.

Rumple’s owner Robi Holmes told My Ballard that right after she adopted him, he became obsessed with jumping on the roof via a backyard deck. After trying to barricade his access to the roof several times, Holmes gave up.

My Ballard Group member Heidi shared these photos in the group on Monday, saying “Stuff ya don’t see every day: a really big canine gargoyle!”

“He has decided that my roof is his favorite place, so I am assuming there must be a pretty good view from up there,” Robi told My Ballard in our original report. “He loves to walk the perimeters anywhere we are and make sure everything is safe, so I must agree the top of the roof has to give a pretty good vantage point.”