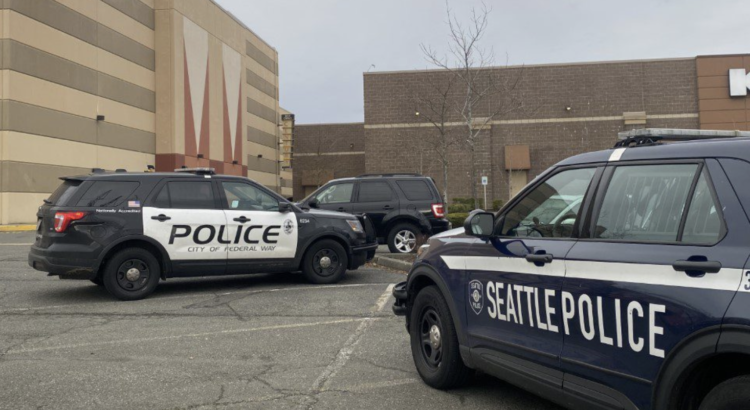 Seattle Police arrested five teens on Thursday Jan. 5 after they robbed a man in Ballard and fled to a Federal Way mall.

Seattle Police say officers responded to an assault report in the 6500 block of 15th Ave NW. The victim told police that the suspects stole his cell phone, backpack, and other items, during which he sustained some minor injuries.

Police arrested five male juvenile suspects on Thursday after they robbed a man in Ballard, fled to Federal Way, and then tried to lose police inside a mall.

Officers later tried to apprehend the suspects in Victory Heights, but they fled in stolen vehicles. Seattle Police say the King County Guardian One helicopter tracked one of the vehicles traveling southbound on I-5 to Federal Way. The suspects parked the vehicle, a red Kia, at The Commons Mall and went inside.

Police then pursued the suspects on foot and were able to take all five into custody without incident.

Police pursued the suspects on foot and were able to take all five into custody without incident.

Seattle investigative detectives are looking into whether the group of teens is connected to other incidents including stolen cars, prowling, and armed robbery.