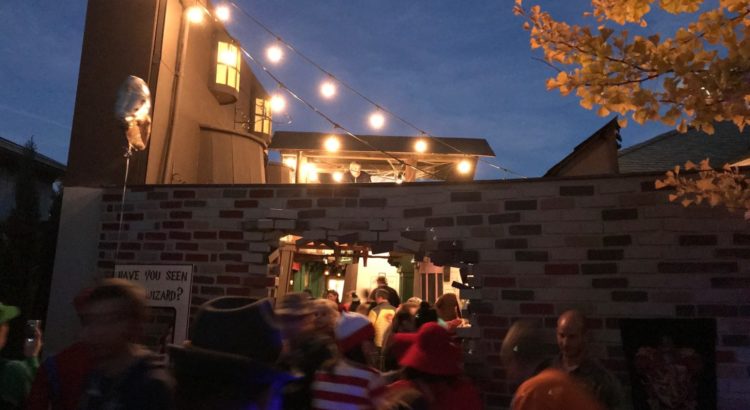 That’s right, after many thousands of visitors over its nearly three-month run, the Diagon Alley Project in Ballard is coming to an end. It’s last day is tomorrow, January 19th.

“My family needs their privacy back at some point,” creator Jon Chambers said last month when he announced the closure date. (And neighbors will probably be happy to get their street back from all the Harry Potter fans searching for parking.)

Since Chambers donated Diagon Alley to Camp Korey in Mount Vernon, it’s not going away forever. Once its shipped, Chambers says “stay tuned” for information about public events the camp will hold at the new-and-improved alley.

In the meantime, Chambers plans to donate the Leaky Cauldron along with Gringott’s Bank at the Whittier Elementary PTA auction this April. And he’s exploring a brand new project in a undisclosed location in Snoqualmie Valley: building the Burrow, the magical family home of the Weasley family. That is, if he can get the permits.

We’ll wait until after the final day before we publish the tally of how much money the Diagon Alley Project has raised to help fight pancreatic cancer.

Will they have gluten free vegan options?

Many many thanks for this impressive article here on our website https://windowsclassroom.com/chrome-shortcut-keys you will get the tutorial on which you will get the keyboard shortcuts for google chrome and its uses.