A large crowd gathered in the shadow of Leif Erikson Sunday afternoon to celebrate the addition of nearly 1,700 names etched in the plaques on the plaza. 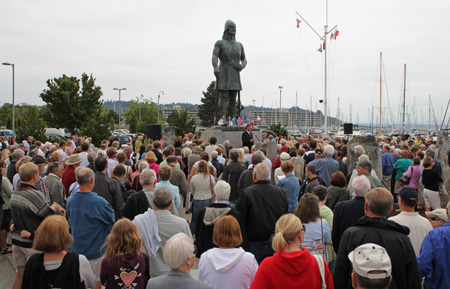 “This statue surrounded by runestones tells a story of those immigrants who left their homeland in Denmark, Finland, Iceland, Norway and Sweden,” said Port of Seattle Commissioner Gael Tarleton. “The legend of Leif Erikson did not start here, but his legacy of sailing the seas does live on here.” 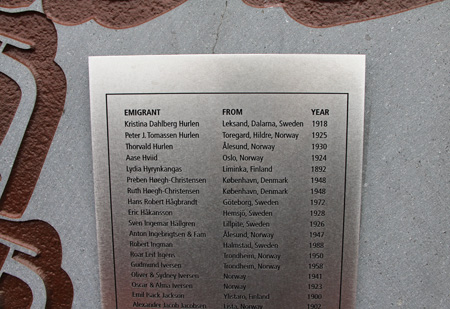 The names were etched in plaques on 13 basalt stones shaped in the footprint of a ship. Each stone depicts a Viking-inspired motif. 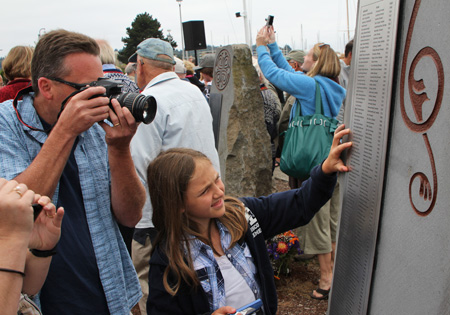 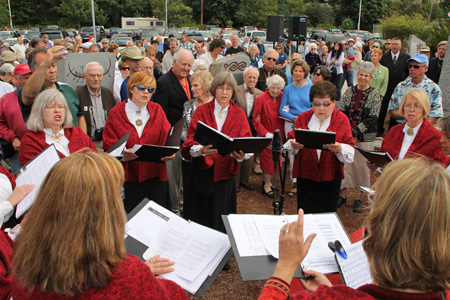 The Norwegian Ladies Chorus of Seattle and the Seattle’s Icelandic Men’s Chorus entertained the crowd at the dedication. 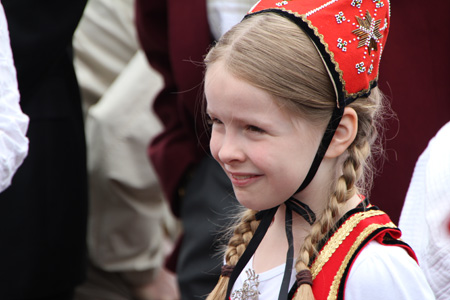 Families paid $125 to add a Scandinavian ancestor’s name to the plaques, with part of the money going to the new Nordic Heritage Museum, which will be built along Market St. between 26th and 28th Avenues. Kristine Leander, president of the Leif Erikson International Foundation, presented a $10,000 check to Eric Nelson, CEO of the museum. “We’re in the midst of fundraising,” said Nelson. “Hopefully if all goes well, we’ll be breaking ground sometime around the middle to end of 2012, and opening up for 2014.”

Here’s a two minute video of the festivities. By the way, the Leif Erikson International Foundation is accepting memberships to help provide a replica of the statue in Vinland, the Viking settlement in Newfoundland, where Leif Erikson camped more than 1,000 years ago.