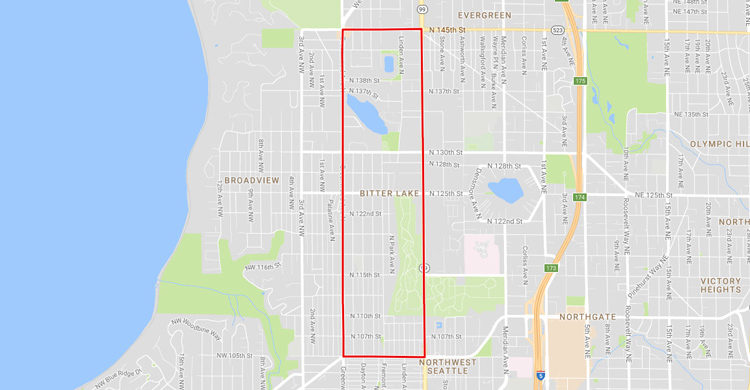 A few quick stories and links from around the neighborhood…

– STABBING ON MARKET: Police and medics rushed to 2220 Market St. just after 3 p.m. Sunday for an assault with weapon call. “Two men had a skirmish, and one stabbed the other. The injured man was treated and the stabber was arrested,” explains My Ballard reader Andrea who was there.

– BITTER LAKE HOMES: Redfin compiled a list of the top 25 most competitive real estate neighborhoods in the US, and while Ballard wasn’t on the list, Lower Queen Anne was #13, Wallingford was #22 and Bitter Lake was listed at #18. Bitter Lake homes are selling for an average of 105% of list in 7 days time.

– KBFG IN THE NYT: Did you see community radio station KBFG and Ballard High School in the New York Times over the weekend?!

– BALLARD LOCKS: Tomorrow (Tuesday) a city council committee will hear a presentation on the “Economic Impact of the Ballard Locks.” As we’ve reported, the Locks are in need of federal funds. The presentation is scheduled for 10:25-55 a.m. in the Council Chambers City Hall, 600 4th Avenue. (Thanks West Seattle Blog for the tip!)

– VETERANS SERVICES: The Ballard Library helped 70 veterans who needed housing and other resources last year, and its next drop-in event for veterans in need is this Tuesday from 10 a.m. to noon. Another drop-in is scheduled for the same time on Jan. 23rd.

– 36TH DISTRICT: We did not attend Saturday’s 36th District town hall on Queen Anne, but the Queen Anne News was there and posted this report.

Oh good a stabbing on Market. Maybe we can tax cheap hobo knives the way we tax soda pop.
Somebody get Murray on the line for a quick consulting gig!

Dear SPD, please get the violent junkie hobos out of our neighborhoods. Thanks

I had read comments aluding to the fact that the stabbing was a workplace issue. Do you have other information or are you just default blaming homeless people? Hoping that My Ballard can find out the facts.

@Pork Pie
Not all homeless people are junkie hobos, and while this may not be junkie hobos, they certainly have committed many of these acts and will continue to do so. The fact that Seattleites (trademark) cannot identify dangerous criminal junkies and differentiate them from the chronically results directly from the influence of the insulated, elitist, and ultimately naive (politically correct to the point of suicide) segment of the citizenry that holds political sway here.

Perhaps we can get all the junkies to agree to relocate to Evergreen State? A win win, for all involved.

We’ve contacted Seattle PD for more details on the stabbing, and will update when we get them.

@Pork: Access (or The One or whatever his name was in the previous MyBallard comments section) doesn’t let facts get in the way of his creepy weird homeless fetish. He’s just as mentally disturbed as some of the homeless he fantasizes about.