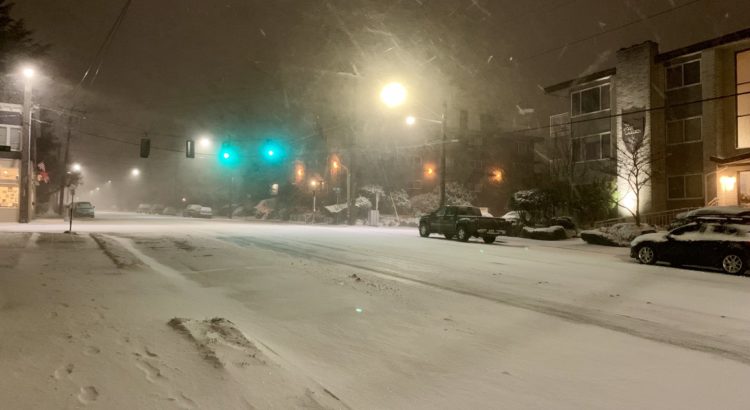 Update 11am: We’re now updating on this post — head there to see our continuous updates throughout the day.

Update 9:50am: The cold weather and snow have caused problems at the Ballard Locks today: the large lock isn’t currently operational, but they have their maintenance crew working on it. They estimate it will be about five hours to get it reopened — meanwhile, the small lock is still open.

Update 9am: Several businesses are opting to keep their doors closed today and stay off the roads. So far, we’ve heard that Veraci’s Pizza and Rad Power Bikes are closed. The Dane, however, is open for business.

We’ll update with any other business closures today.

Update 7:30am: If you have to get somewhere this morning, here’s a map of cleared roads from SDOT. Major arterials will be the best option, whereas some small, steep resident streets may be closed altogether. 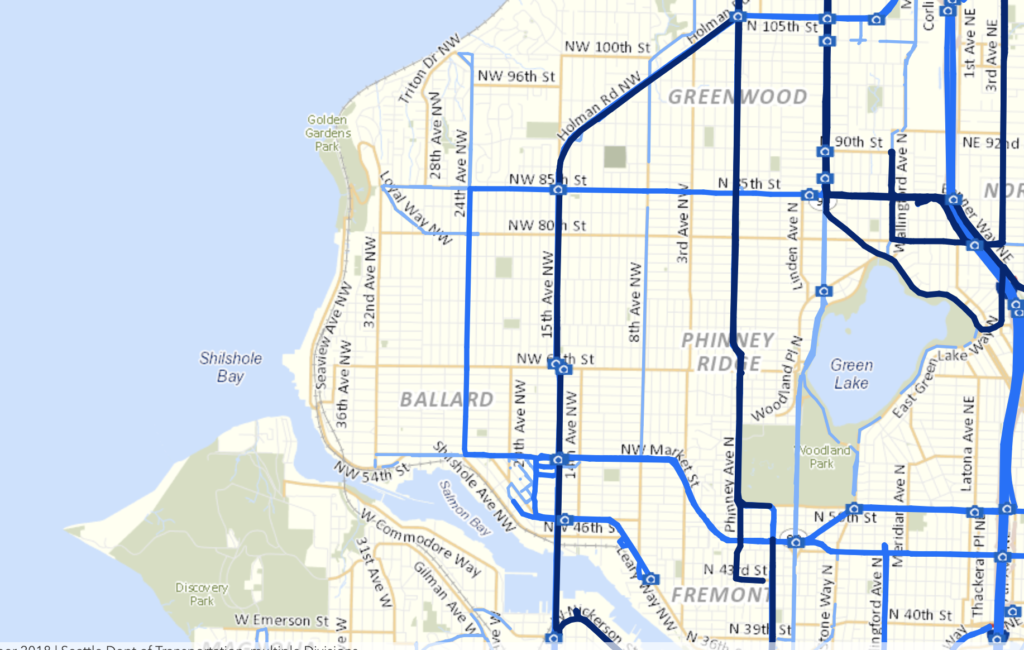 Update 7 am: A few drivers are braving the icy conditions, but it’s not always working out so well. Here’s a fender-bender on 15th Ave. W at Dravus via the traffic cameras: 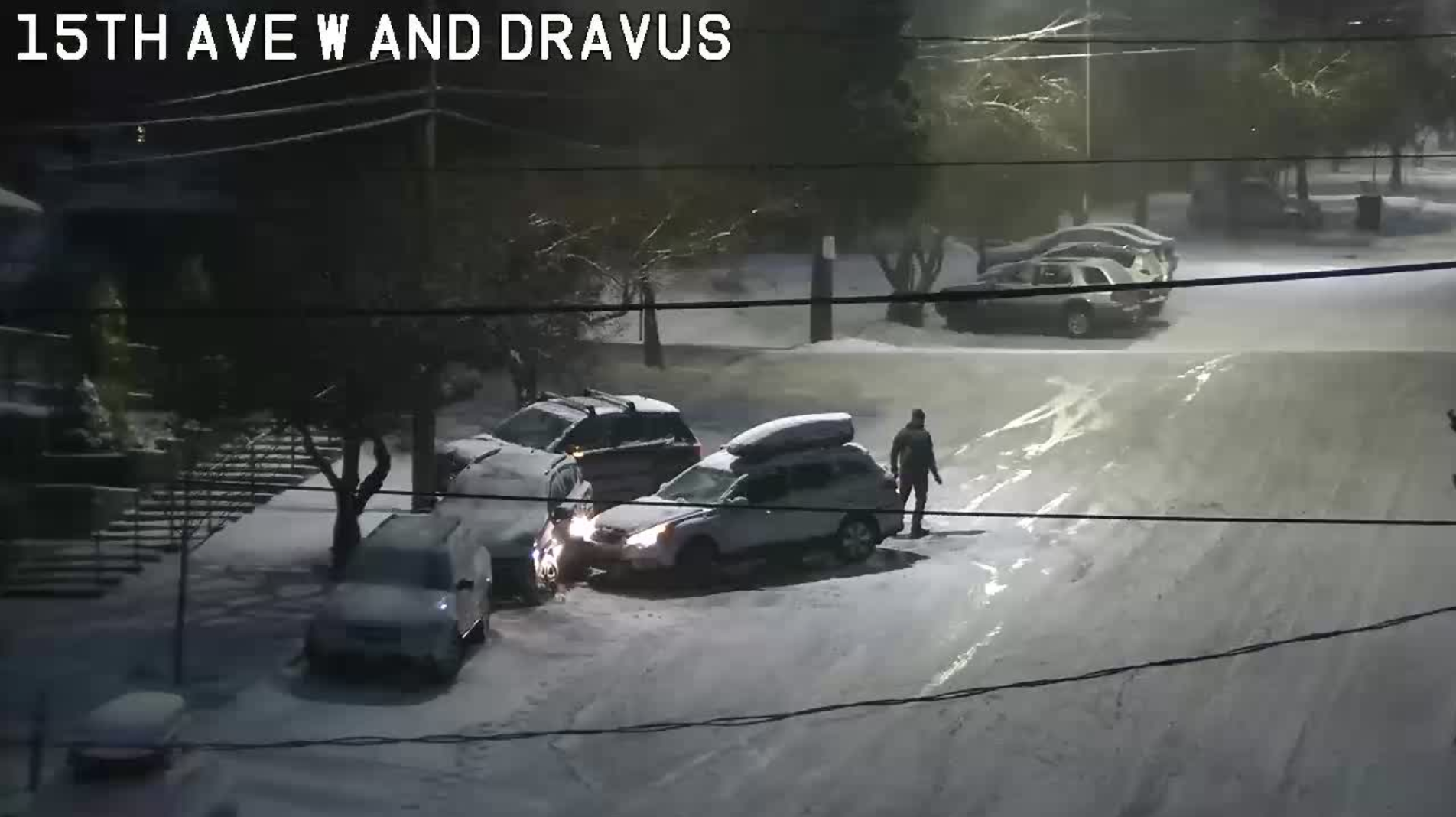 Robert in the My Ballard Facebook group reports that 65th St. east of 3rd Ave. (the big hill up to Phinney) is closed due to the snow and ice.

6 am: We received more snow overnight, and all Seattle public schools are closed for the day. A look at the traffic cameras shows a thin layer of snow on the major roadways, but thanks to the 25-degree temperatures, it’s also very icy out there. All Metro buses are on snow routes.

Accumulations look to be around 1-3 inches in the greater Ballard area. The top photo is from 24th Ave. and 70th St. (courtesy of @erikbartlett on Twitter).

North Seattle College and the Ballard Food Bank are closed, as well. So is the The Phinney Center and Greenwood Senior Center.

It’s also windy out there –– here’s a video from Queen Anne –– blowing the snow and making driving conditions more difficult. There are some scattered power outages north of 145th, but none to report in Ballard and surrounding neighborhoods closer to the city.

And yes, the 99 tunnel did open on schedule overnight.

Sunday 8 pm: Accumulations vary from trace in Central Ballard up two a couple inches or more as you head north up the hill. The road are clear and wet, but temperatures have dipped below freezing – so watch out for ice. The forecast calls for a bit more snow overnight.

3:15 pm: It’s snowing out there, and it’s starting to stick in the higher elevations of Loyal Heights, Crown Hill and North Beach. See the live traffic cams.

Earlier: It looks like Seattle’s first snow event of the season is lining up to be more likely, timed to the opening of the 99 tunnel.

The National Weather Service expects anywhere from a dusting to three inches of snow to fall in the Seattle area tonight and tomorrow morning.

The overnight low temperature is forecast to dip to 26 degrees, warming up to a balmy 31 degrees on Monday. That means the snow will stick around for a bit, and the roads will be slick.

Here’s the breakdown from the National Weather Service: 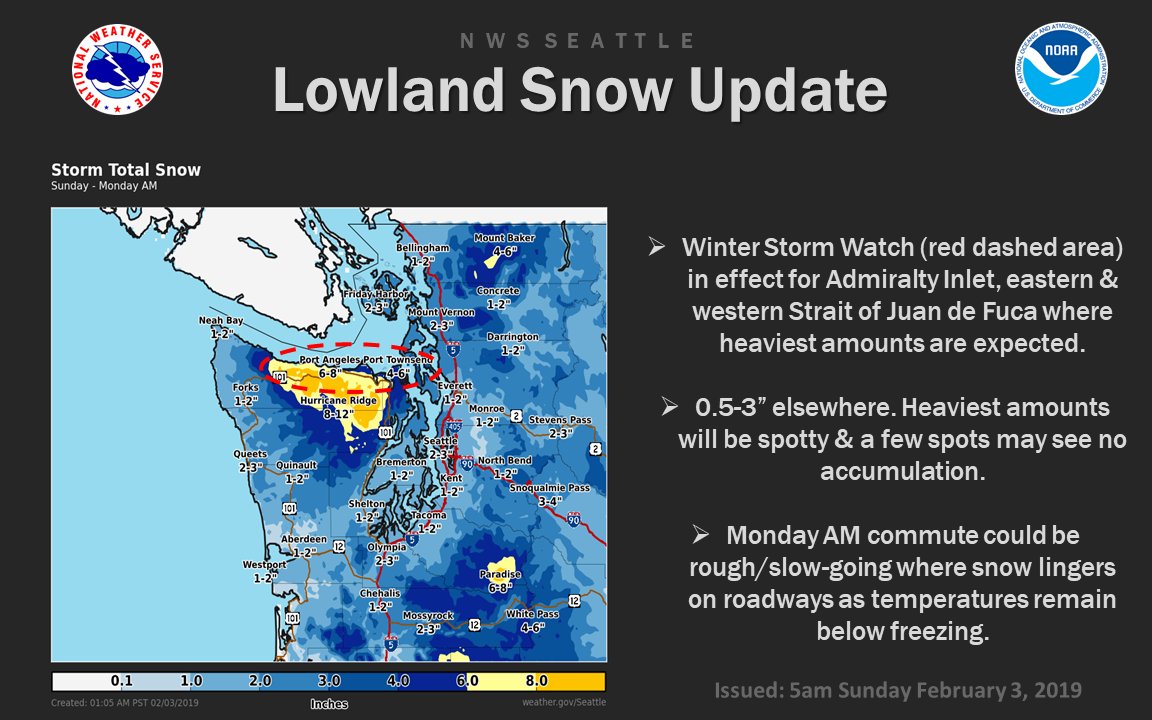 Of course, this could turn out to be nothing, as it has in the past. But you’ve been warned.

The weather is not expected to impact the opening of the 99 tunnel early tomorrow morning.