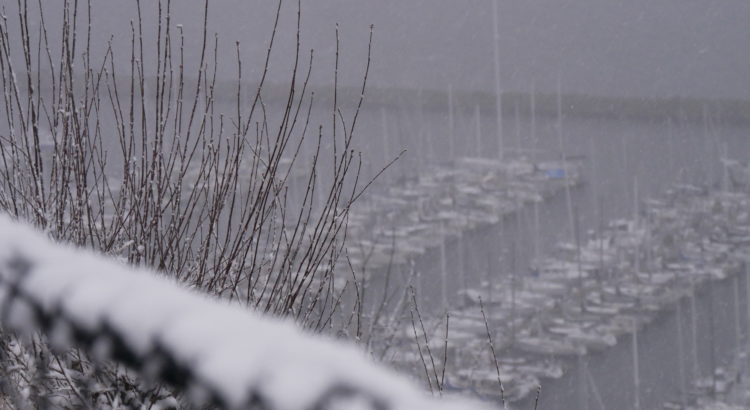 4:50pm: Seattle Public Schools have announced that Tuesday will be a late start, with a two-hour delay to allow for a longer commute. Temperatures are expected to stay below freezing through Wednesday, so roads will likely be slippery for a couple days yet.

1:30pm: A tree fell down next to the Ballard Food Bank around midday today. Luckily, it missed the power lines and any cars, but blocked off part of the road. According to Denike in the My Ballard Group, the tree was cleared within the hour. 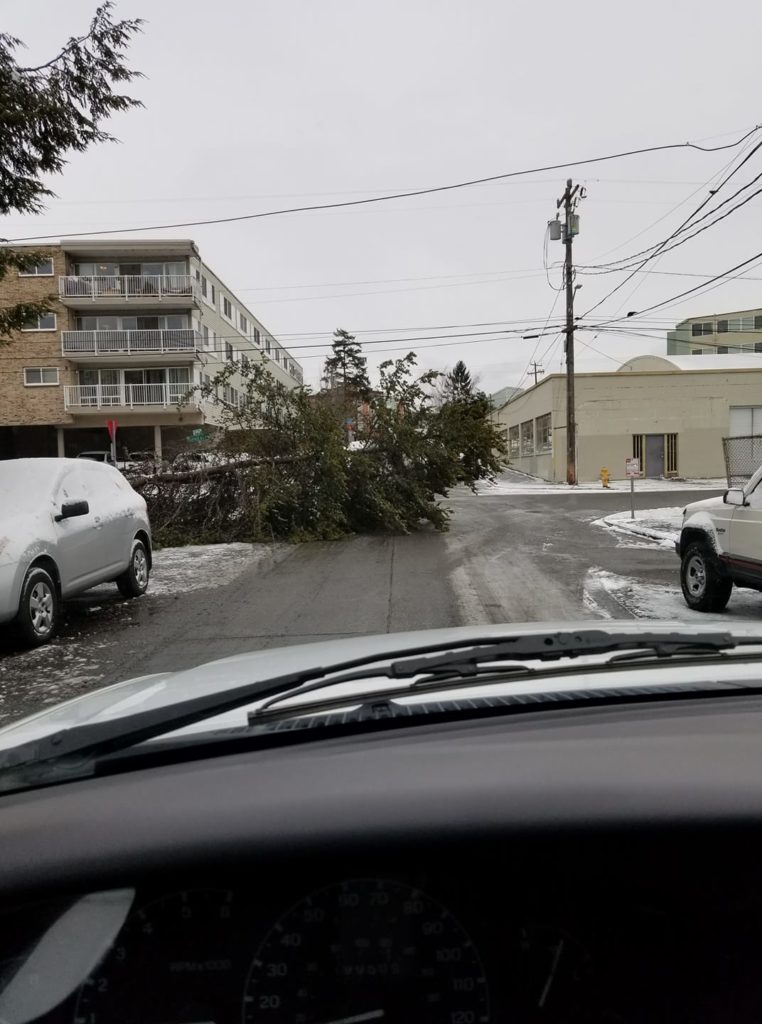 And, the large lock at the Ballard Locks is operational again, after freezing temperatures caused it to malfunction.

11:40am: Ray’s Boathouse has closed for the snow, but if you’re in need of a frosty beer, you’re in luck: Reuben’s is open.

🌬️WE ARE OPEN NORMAL HOURS TODAY ❄️ ⠀ ⠀ Thanks to our great staff who came in early to clear and salt the sidewalks. We will be open normal hours (11am to 10pm). Come in for a nice roasty pint of Robust Porter to celebrate the arrival of real winter to Seattle. Or a glass of Passava, with passionfruit and guava, which could transport you to a much warmer place in your mind. Full taplist available on reubensbrews.com⠀ ⠀ And a reminder for those families who have school closures today: kids are welcome in the taproom! Come warm up with us after playing in the snow.⠀ ⠀ #brewerschoice #snowday #ballardbrewed #drinkballard #drinklocal #beerstagram #beer #ballard #seattle #instabeer #craftbeerlife #craftbeer #indiebeer #craftnotcrap #cheers #pnw #pnwlife

Update 11:20am: Meanwhile, My Ballard Group member Gwynne’s dogs are having the best day of their lives… 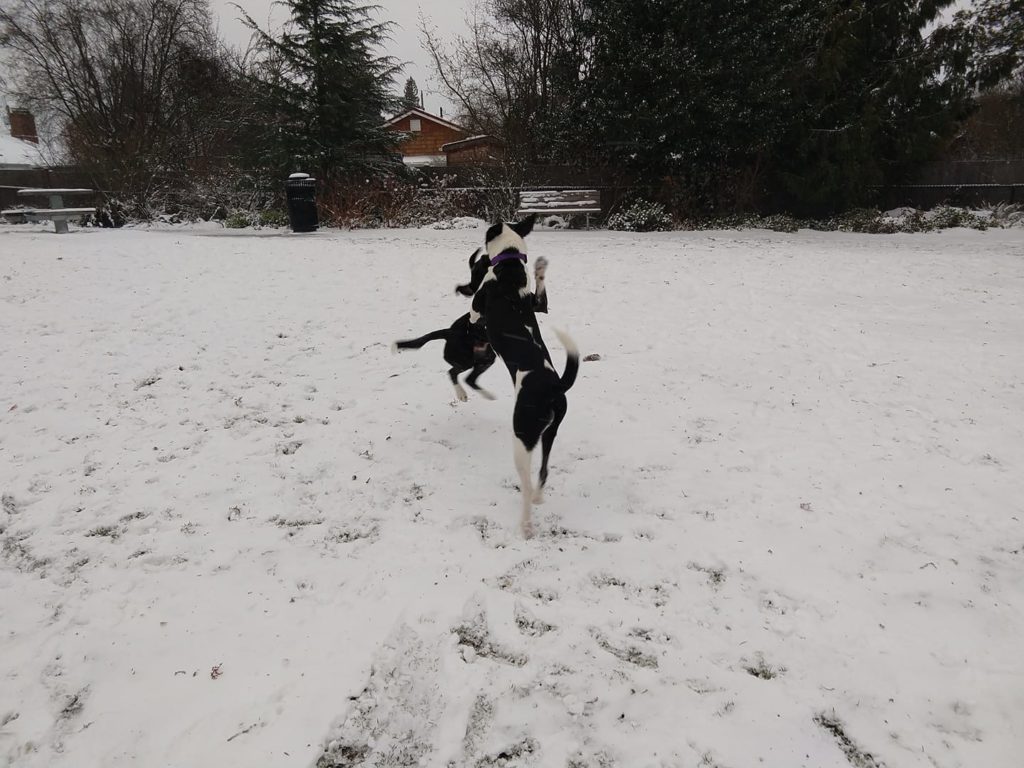 Update 11am: Deslyn in the My Ballard Group reported power lines down in Ballard at 32nd Ave NW and NW 80th St. She said authorities have already been called. We’ve been told it may not be fixed until 4pm. 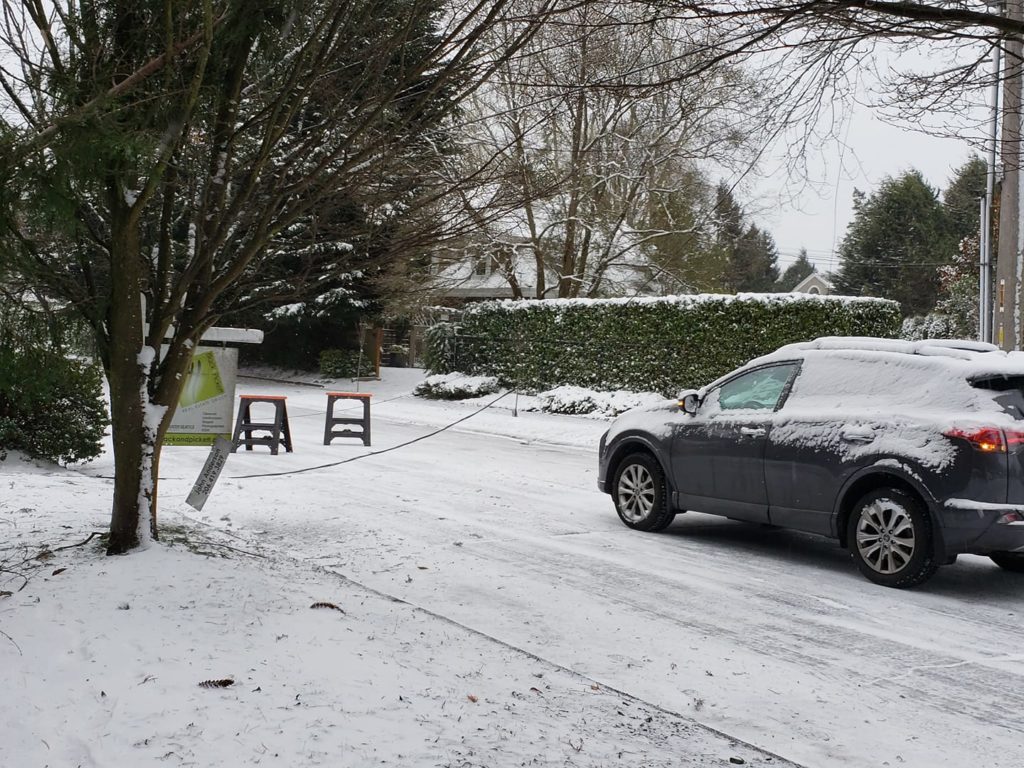 Update 10:30am: Q13 reports that power lines are down in Fremont near NW 36th and NW 39th after a car slid into a light pole. The area is now closed to traffic.

A car slid on ice and crashed into this pole in Fremont near where NW 36th and NW 39th streets meet, bringing power lines down across the road, which is now closed off. #Q13FOX #SeattleSnow pic.twitter.com/JpjINSWm6o

It’s a winter wonderland out there, with schools closed and many people opting to stay home and take a snow day. (Go here to see our previous updates).

Here’s some shots of the snow in Ballard (send in your photos to tips@myballard.com!)…

Catherine Brewe sent us the above photo of the marina, and the below photo when the snow began falling last night: 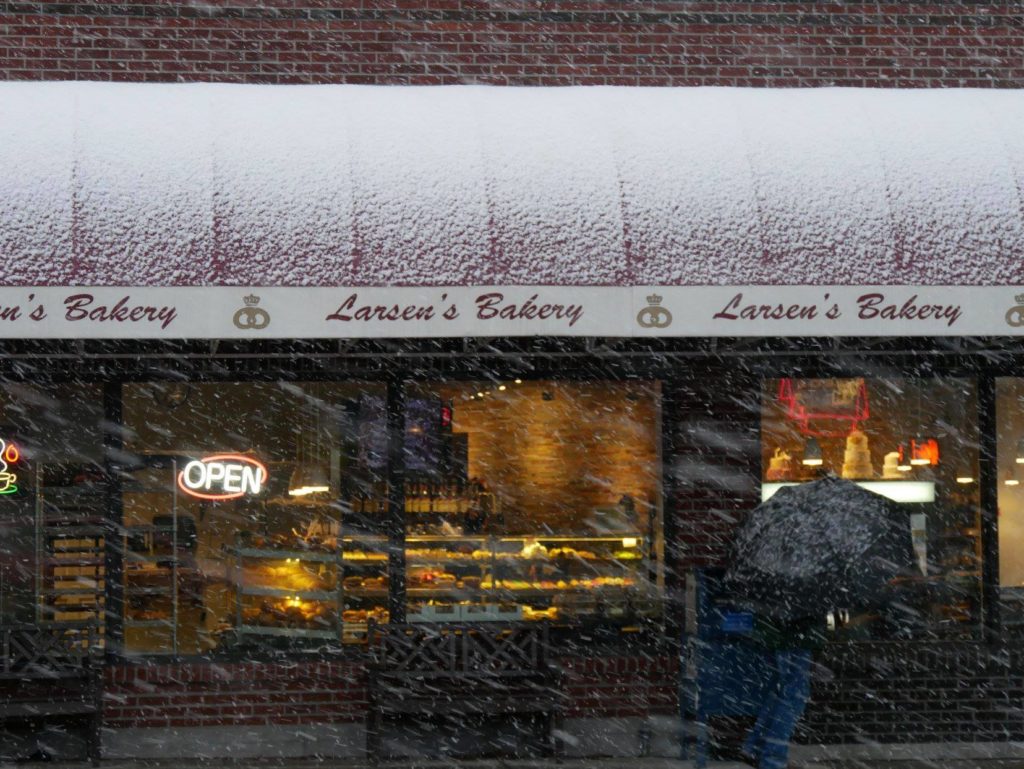 Holly Hocut sent us the below photo of her daughter on Sunday afternoon. “When it starts snowing in Ballard, you RUN outside to catch snowflakes on your tongue,” she writes. 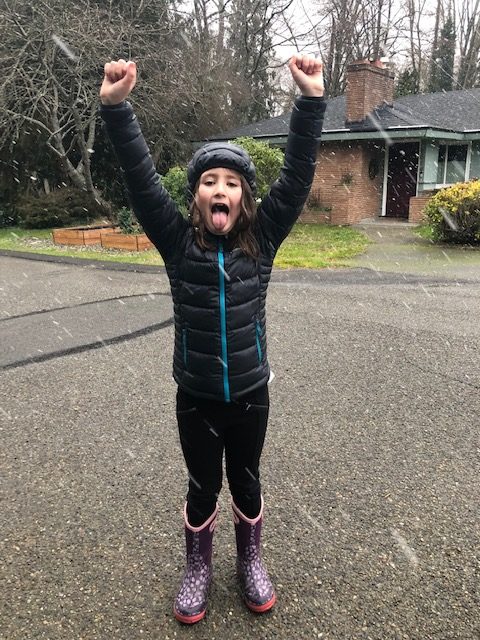 And, a fresh blanket of snow this morning:

That moment when you realize you don’t own a snow shovel ❄️ 😂 #ballard pic.twitter.com/D2Um4oqFpA 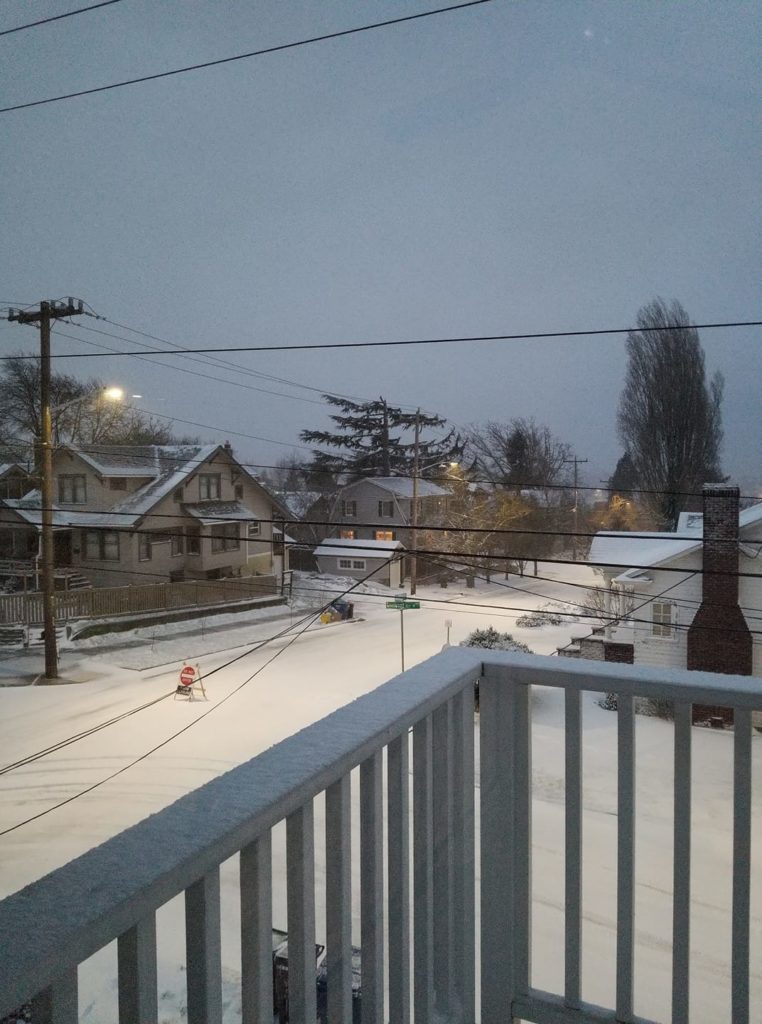 Thanks to those who shared photos!

Glad you liked my photo of the marina from the Sunset Hill overlook. Please credit me. Catherine Brewe

Thank you for fixing that Meghan.