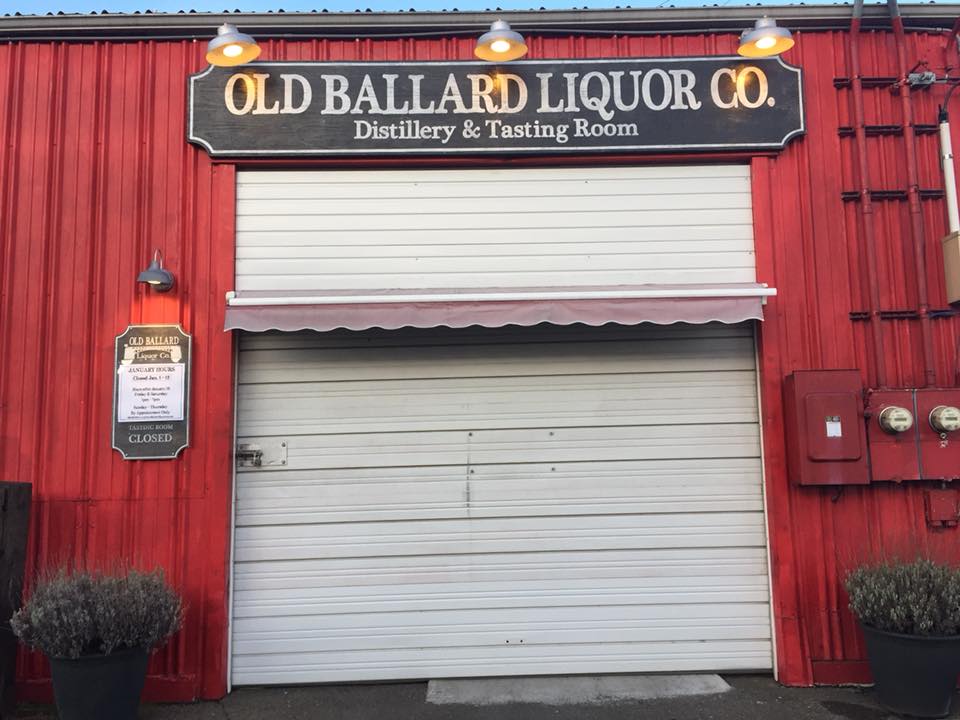 The distillery-turned-Nordic bar, Old Ballard Liquor Co., is closing permanently this weekend, as owner Lexi makes her move to head up the food program at Skål Beer Hall.

Lexi started OBLC in 2013 as a craft distillery at the corner of 14th Ave NW and Shilshole. She later launched a Nordic food pop-up known as Tumble Swede, which she then began offering at the distillery. OBLC then turned into more of a Scandinavian cafe than distillery, although she still served her signature aquavit alongside traditional Swedish meatballs, Sailor’s Stew, and Pickled Herring.

Now, it’s time to move on, Lexi told us.

“OBLC has been a passion project for a long time but the location is extremely challenging and takes up a disproportionate amount of my time and energy to sustain,” she said. “It’s sadly not realistic to try and keep both projects simultaneously.”

Lexi will be operating the food service at  Skål, and OBLC’s only employee, Elizabeth Hagert, will also be working at Skål when it opens. Hagert also works with the bar program at Copious Love Cabaret in Ballard.

There will be a closing party at OBLC this weekend to say goodbye, on Sunday, Feb. 17 from 1pm to 7pm. They’ll be serving $5 bites, $7 cocktails and imported Scandinavian beers. Lexi said the menu will be “largely spontaneous” but will include Scandinavian classics such as Sjöman’s Fläsk, a beer braised pork stew, “alongside more irreverent dishes like Swedish meatball corn dogs”, and of course, lutefisk. The new Skål sous chef Jon Bidgood will be running the kitchen for the event. They’ll also have live music throughout the day, featuring a trio from a local kids’ Hardanger fiddle group, Lilla Spelmenslag, from 3 to 3:30pm, and Skandia Kapell.

After the party and through the end of the month, Lexi will be selling off the fixtures and equipment that won’t be moved to Skål. She said that alternatively, she’s open to selling the location’s lease and fixtures as a package.

“We love and appreciate all of our customers who visited over the years and kept us coming in every day,” Lexi said.

Your one note BS is as old, bitter and tired as you. Since you’re too lazy and dumb to read the article, here’s the point that went straight over your head.

“…the location is extremely challenging and takes up a disproportionate amount of my time and energy to sustain,” she said. “It’s sadly not realistic to try and keep both projects simultaneously.”

And there you have it. Zero to do with Mr. Boring’s Very Blunt Axe.

Let me break it down for you:

“It’s sadly not realistic to try and keep both projects simultaneously.” = “It is not worth it to try to keep a business open in Ballard”

Lots of drug addicts laying in the street blocking our doors.

Well, you demonstrated right off the bat to us that you’ve never actually been to OBLC, sparing us the need to read the rest of your comment.

Can you do that more often please?

Hey Truth you even walk around Ballard anymore? You clowns seem to live in this parallel universe where Seattle isn’t elbow deep in junkie losers with their hands out between burglaries.

Hey bucky, you even live in society anymore? You clown seem to live in this parallel universe where Seattle has other hateful, vitriolic people like you. You can’t go one comment session without using derogatory language and calling out people for social justice. Why do you think that social justice is a bad thing? Genuinely asking.
206-320-2230 is the best number for you to call when you are feeling so down about life. You can check yourself in, and they’ll help you get back on your feet. I know you are having a hard time with life, but asking a professional for support will help you get back on your feet.

The service there – the two time I went – sucked

I’ve been dozens of times and it’s always been great. Sorry for your bad luck.

elenchos2 – please read the post! She is NOT leaving Ballard!

elenchos2 – none of the statements in your other post are true!