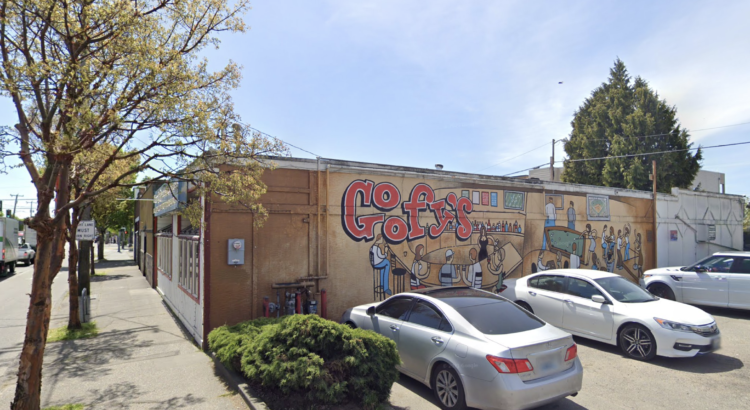 The Crown Hill dive Goofy’s Bar has closed its doors after 48 years on 15th Ave NW.

The bar is located on the half-block that’s slated to become a 7-story, 194-unit apartment building. According to Vanishing Seattle, the owners thought they’d be able to stay in their building until February. But the developer recently changed hands, and Goofy’s was told two days before Thanksgiving that they’d need to be out by December 1.

Back in May, Goofy’s became home to Tres’ House of Cheesesteaks, which has plans to move to Lamplighter (which is under the same ownership as Goofy’s) at 820 NW 85th St.

The development set to take over the half-block at 15th Ave NW and NW 85th St will also replace the former Bento Sushi, Crown Hill Pub, the old Stallions and Centerfolds strip clubs (which closed after a 2016 fire), and Pizza Hut.